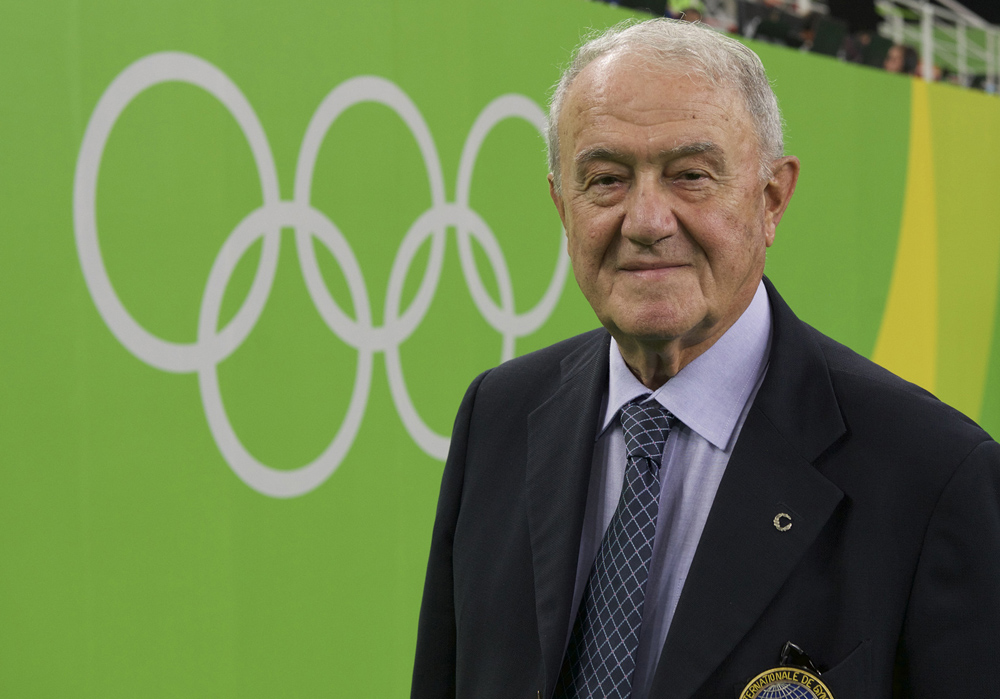 Bruno Grandi, who was President of the International Gymnastics Federation for two decades from 1997 until 2016, passed away on 13 September in Italy, at the age of 85, following an illness.

He presided over the Italian Gymnastics Federation from 1977 to 2000 and was also Vice President of the Italian Olympic Committee (CONI) from 1987 to 2005.

Grandi made himself a champion of “sports justice.” Having come within 0.05 of the Italian senior national title in his younger days, he knew that there is nothing more terrible for an athlete than the feeling that a medal has been stolen from them. From modifying the competition format to developing a system of evaluating judges, many of his actions were guided by the desire to ensure fairness for the competitors.

Following controversy at the Athens Olympics in 2004, he supported the abandonment of the “perfect 10” for a scoring system that separated the difficulty in an exercise from the quality of its execution. The move caused lively reactions. but quickly showed its advantages in giving the judges a wider scale for scoring.

With the protection and the health of the athletes in mind, he instituted a minimum age limit – 16 for women and 18 for men – to be able to participate in international competitions. This measure strove to combat the intensive training imposed on children in certain countries and to reduce the risk of injuries and their impact on the physical development of athletes.