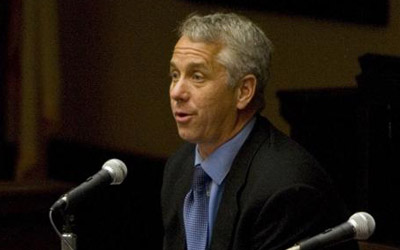 Tour de France winner Greg LeMond has revealed his intention to run for the UCI presidency opposite Pat McQuaid following the recent trials and tribulations the organisation has faced.

“It is now or never to act,” LeMond said in an interview with the Le Monde newspaper. “After the earthquake caused by the Amstrong case, another chance will not arise.”

LeMond, 51, is now the only American to have won the Tour de France after USADA disqualified Armstrong for life and cancelled his seven Tour victories. He has been outspoken on anti-doping matters and was a key witness in the Floyd Landis case.

“I’m ready. I was asked and I accepted,” LeMond said. “If we want to restore public confidence and sponsors, we must act quickly and decisively. Otherwise, cycling will die.  Riders do not understand that if we continue like this, there will soon be no money in cycling.”

McQuaid has been president of the international cycling federation since 2005, serving to date four two-year terms. The next election is to be held in March 2013.

While questioning whether he was really “the best candidate,” LeMond said that “I am willing to invest to make this institution more democratic, transparent and look for the best candidate in the longer term. I think someone like Dick Pound [former president of the World Anti-Doping Agency], is perfect in terms of ethics, who has real experience in the fight against doping and corruption.

LeMond suggested in fact that McQuaid should resign.

“If Pat McQuaid really loves cycling, as he claims, he would have resigned. He could say, ‘Okay, I made mistakes, but now I quit to find a new leader for the UCI,'” LeMond said.

LeMond said that he hopes Armstrong will one day confess to what he did during his career.

“I hope so. One day or the other. When he feels completely isolated and doesn’t have any money, he may tell the truth. Armstrong has done much harm to cycling.”