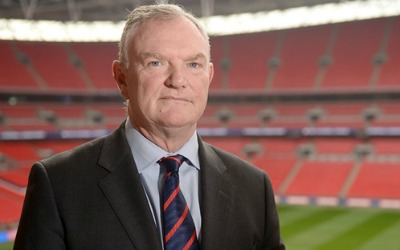 Greg Clarke has been confirmed as Chairman of The Football Association.

Having been approved by The FA Board on 22 July, Clarke was formally ratified by a full meeting of The FA Council at Wembley Stadium this afternoon.

It means David Gill’s spell as acting chairman has ended, with the FIFA Vice-President reverting to his vice-chairman duties.

Clarke said: “I’m delighted to be confirmed at the next Chairman of The FA and I’m relishing the challenge.

“My experience as a Council member for The FA has given me an insight into the excellent work this organisation undertakes at every level of the game.

“It’s an honour for me to be joining at such a pivotal point in its recent history and I’d like to thank the Board and the Council for their continued support.”

Clarke was previously Chairman of the Football League and before that had the reigns at Leicester City.

He faces a busy first month as Clarke will travel to Athens on 14 September for the UEFA Congress, as well as taking in the England women’s senior team fixture the day after at Meadow Lane, the home of Notts County, as Mark Sampson’s side take on Estonia on 15 September in a UEFA Euro 2017 qualifier.

That meeting of European football’s leaders in the Greek capital will include the appointment of a new UEFA President.