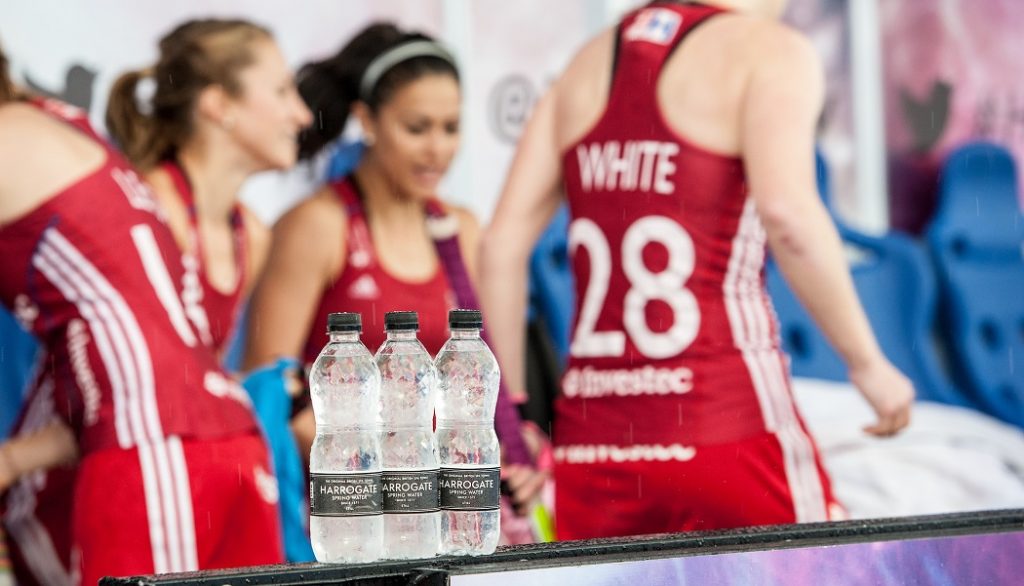 Harrogate Water has announced a major three-year sponsorship agreement with England and Great Britain Hockey including being the official water of the Hockey Women’s World Cup 2018, which is being hosted by England.

Hockey is one of the world’s most popular team sports, broadcast in 125 countries and has been on a domestic high since Great Britain won women’s gold at the Rio Olympics in 2016, following bronze at the London Olympics in 2012.

Countries taking part in the 2018 Women’s World Cup, alongside England, represent every continent and include Argentina, Australia, China, Germany, USA and South Africa.

Nicky Cain of Harrogate Water said: “This is an exciting time to be involved with England and Great Britain Hockey and offers enormous opportunities. More than ten million Brits watched Great Britain win gold in Rio and the Hockey Women’s World Cup will have a global audience of around one billion.

“The great attraction of the sport for us is that hockey appeals to men and women in equal measure, with a family-friendly following and a strong healthy lifestyle bias.

“We share England and Great Britain Hockey’s passion and ambition, not only their determination to excel, but also their desire to inspire and make a difference.

“It is refreshing to see an elite team sport in which women are leading the way and becoming role models with huge popular support and appreciation for their achievements. We’re proud to be sponsoring the Hockey Women’s World Cup and are really looking forward to working with both the women’s and men’s teams and following their fortunes over the next three years.

Jon Cockcroft, commercial director at England and Great Britain Hockey, said: “It is fantastic to have such a recognised and aspirational brand partner with England Hockey. With growing public awareness of hockey as a participation and spectator sport and the huge opportunity that a home World Cup presents, we look forward to developing exciting campaigns which build our respective brands.

“With the Hockey Women’s World Cup and the overall partnership, we look forward to working with Harrogate Water. As with other partners it is a great opportunity to raise their brand-awareness and profile through the international and domestic game for both men and women.”