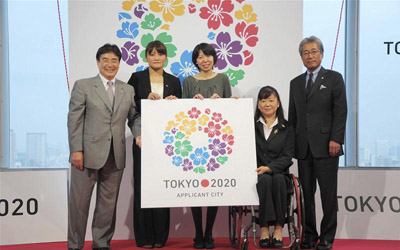 Newly elected Tokyo Governor Naoki Inose has taken over the reins as chairman further affirming the dedication behind the quest to host the summer Olympics.

Yesterday a strategy meeting was held with the bid committee and top representatives of government, sport and business who all welcomed Governor Inose and re-emphasized their support for the campaign.

International Olympic Committee (IOC) member, Tsunekazu Takeda, who is also head of the bid and the Japanese Olympic Committee (JOC), noted, “Governor Inose has been following our Bid closely for the past five years as Tokyo’s Vice Governor. He has steadily supported our aspirations to host the 2020 Olympic and Paralympic Games, so we couldn’t be happier to have him on our team.

“His guidance and influence will strengthen our collaborations with the national and local governments, as well as the business and sport communities. His strong presence gives us even greater hope of realising our goal to host the greatest celebration on the planet: the Olympic and Paralympic Games.”

The strategy meeting started with the official appointment of Inose as chairman.

Inose spoke to the assembly, “I would like to personally thank the Tokyo 2020 Bid Committee for their unyielding passion and dedication throughout this bid campaign. We have learned important lessons from our previous bid, and now have the experience to deliver a stronger and improved bid plan.

“I will do everything possible to host the 2020 Games, by uniting the country as one through close collaboration with the Bid Committee, national government, and sports and business communities.”

The meeting was also an opportunity to touch on the upcoming submission of the candidature file on January 7th at the IOC, the Evaluation Commission visit to the city March 3-7 and the official Ambassador program and the activities that are ongoing to engage the public.