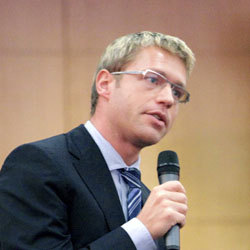 Already back in 1999, way ahead of most other sport governing bodies throughout the world, Netball New Zealand went through a comprehensive governance modernization. Fourteen years on, the continued success of the governing body and netball in New Zealand as such is indeed noteworthy.

While it is probably fair to say that the 1999 governance modernization created the foundation for sustained success rather than necessarily guaranteeing it, the case of Netball New Zealand raises at least two important questions for sport leaders to consider. On one hand the question about the importance of governance modernization as a means to sustainably developing an organization and a sport in terms of building trust, growth and performance. On the other hand, given how the current governance model of Netball New Zealand stands out, how to best professionalize the boardroom and handle the inherent conflicts of interest that most boards of sport governing bodies are still facing.

There is do doubt that Netball New Zealand has proven sustainably successful over the course of the fourteen years that have followed the 1999 governance modernization of the sport governing body – inside as well as outside of sport arenas.

Strategic ambition of moving from very good to great

The ambition level of Netball New Zealand’s current strategy seems to reflect its sustained success well. The sport governing body wants netball to become New Zealand’s leading sport by 2020. It considers its key role in ensuring that as looking after the sustainable growth of netball and its people. Noteworthy targets are as follows:
• Grow participation numbers in line with population growth by 5% per annum
• Increase spectator base at all levels of the game by at least 15%
• Make 80% of elite players fully professional
• Ensure that every citizen has access to a netball facility within a reasonable distance from his/her home
• Reduce at risk revenue to less than 20% of total
• Increase government funding by 20%
• Grow the value of sponsorship/commercial revenue by 30%

A particularly noteworthy outcome of Netball New Zealand’s governance modernization in 1999 was the sport governing body’s decision to create a professional board comprised of only eight members – three elected members, four appointed members and its chief executive.

In accordance with the governance standards that were put in place fourteen years ago, the membership of Netball New Zealand elects a total of three board members for a three-year term, including the President. While there are specific nomination criteria for people to stand for election, there is no automatic board representation for specific geographical membership groups. The elected President mainly has a representational role, as it is the role of the Chair to lead the board.

A so-called Appointment Panel appoints a total of four members to the board, also for a three-year term. The Panel is comprised of three people nominated by the board, including a member of the Institute of Directors in New Zealand. There is a process in place for receiving and considering applications from candidates. Any person can apply. There are no specific requirements of affiliation with netball or independence of the sport from potential candidates. The candidates running for election by the membership can also apply to be considered for appointment. Should a candidate decide to do so, (s)he is automatically taken off the list of applicants to be considered for appointment in the case of election.

The commencement of the terms of office for board members is staggered so as to ensure a rotation of board members over a three-year period. The board appoints a Chairman to lead its work. All board members, except for the chief executive, can serve in the board for a maximum of nine years.

All board members have one vote in board meetings and are entitled to request a secret ballot for any voting. At the beginning of every board meeting, board members are asked to declare any potential conflicts of interest related to the agenda items of the meeting, personal as well as institutional ones. It is possible to expel board members in the case of bankruptcy, insolvency, conviction of an indictable offence or repeated absence at board meetings.

Some key questions for sport leaders to consider

The governance model that Netball New Zealand introduced in 1999 raises a lot of interesting and challenging questions for sport leaders to consider, as they also start to take their organizations and sports through comprehensive governance modernization. A non-exhaustive list of some key questions is as follows:
• To what extend is the sustained success of Netball New Zealand to be attributed to its 1999 governance modernization?
• What does a professional boardroom of a successful sport governing body in the 21st century look like? – Which are the desirable skills, expertise, experience, network and qualities of character to bring into the boardroom? – For specific board member roles and for the team of board members to compliment and support each other?
• Which qualities and challenges do elected vs. appointed board members and the potential mix of the two bring to the boardroom?
• Which are the opportunities and risks in having a both a president and a chairman?
• Which are the strengths and weaknesses in having the chief executive as a member of the board on equal terms with other board members?
• What comprises potential conflicts of interest of board members, personal as well institutional ones? – How to best prevent, detect and address cases of conflicts of interest that unduly affect board decisions? – To what extend is self-disclosure a sufficient means of addressing the challenge?
• Which are the pros and cons in allowing secret ballots in the boardroom?
• To whom should a board member representing a sport governing body in another body be loyal? – Should (s)he serve the best interest of the one body or the other? – Can it be both? – Always?
• Should board members be financially compensated for their work? – To what extend is such compensation an effective way of attracting and retaining the people best fit for the boardroom? – If compensated, what is the right and appropriate level?

Michael Pedersen, Founder of M INC., is an internationally recognized expert and leader in good governance, transparency, ethics and integrity.

Michael is the former Head of the World Economic Forum’s Partnering Against Corruption Initiative, an international good governance partnership with over 175 multinational companies and their CEOs. He holds three MSc degrees; an MSc in Global Leadership; an MSc in Responsibility and Business Practice; and an MSc in International Relations.
Michael is passionate about sport. Sport has and continues to play an important role in his life. He is of Danish origin and currently lives in Lima, Peru and in Barcelona, Spain.
He also publishes a leadership series on good governance in sport that is available for free download at: http://minc.ch/sport-practice.html
Michael’s