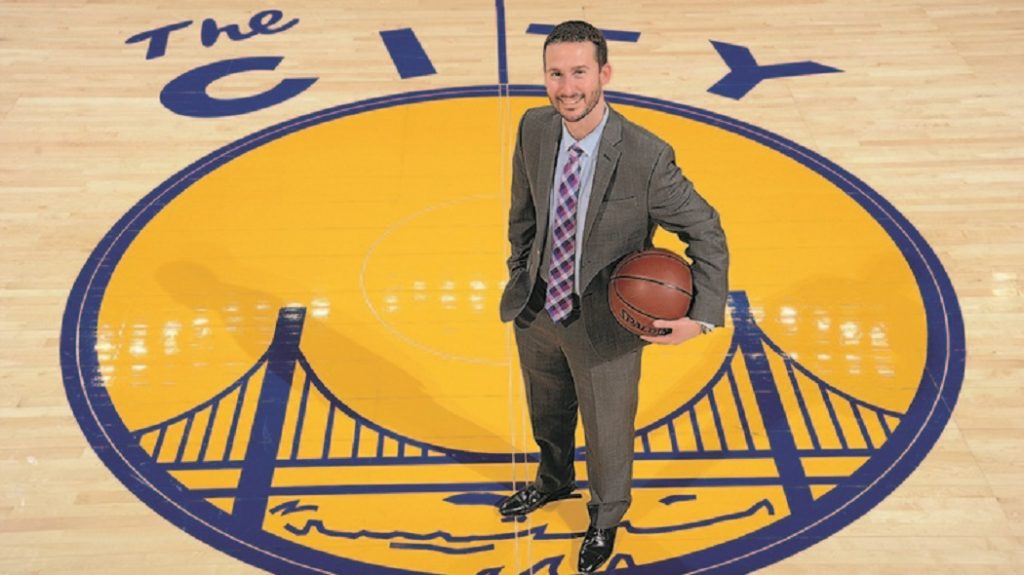 In this restructure, effective immediately, Schneider will continue to oversee ticket sales, suites and services, retail, new business development, and will now also be responsible for community relations, corporate partnerships, marketing and the Warriors Community Foundation for the Warriors and Chase Center. Schneider will also continue to oversee business operations for the Santa Cruz Warriors.

“Brandon is one of the most talented young executives in our industry, and in his CRO role will be in position to have an even greater impact on the success of the Warriors,” said Welts. “It is especially meaningful to our organization because he has spent his entire professional career at the Warriors and has earned this position with a track record of success and strong leadership in each position he has held.”

Schneider, who was named to the SportsBusiness Journal’s Forty Under 40 List in 2017, started his career with the Warriors in 2002 and most recently served as the Senior Vice President of Business Development. Under Schneider’s leadership, the Warriors have 273 consecutive sellouts, a Season Ticket Priority Wait List of over 43,000 members, and led the NBA in merchandise sales, both online and in arena, each of the past three seasons. In addition, Chase Center, the Warriors state-of-the-art sports and entertainment complex being built in San Francisco’s Mission Bay neighborhood has seen tremendous success since launching the Chase Center Membership Program this past month with over 85% of season ticket holders renewing their tickets for the first year of Chase Center, which is on time to open for the start of the 2019-20 NBA Season.

Under the new organizational structure, John Beaven, Warriors Vice President of Ticket Sales and Services, expands his executive role and will now lead Ticket and Suite Sales and Service, as well as the Chase Center Membership Program. In addition, Mike Kitts, Warriors Vice President of Corporate Partnerships, will oversee all corporate partnership efforts for the Warriors and Chase Center.

“With the stability of our management team over the past five years, we have developed tremendous talent within the Warriors organization,” said Welts. “John and Mike have excelled in their respective roles and positioned themselves and the organization for continued success with their expanded responsibilities.”

Under Beaven, who is in his 15th season with the Warriors, and currently in his third season as Vice President of Ticket Sales and Services, the Warriors season ticket base has remained at a franchise record 14,500 seats for the last four seasons with season ticket renewal rates over 90%.

Kitts, who is currently in his sixth season with the Warriors, and in his first season as Vice President of Corporate Partnerships, has successfully led the corporate partnerships sales team with some of the organization’s largest and most high-profile partnerships, including the club’s jersey sponsorship with Rakuten, a global e-commerce company headquartered in Tokyo, Japan. Under Kitts’ leadership, the Warriors have been consistently recognized as one of the top teams in the NBA in corporate partnership account growth, account performance and category performance.