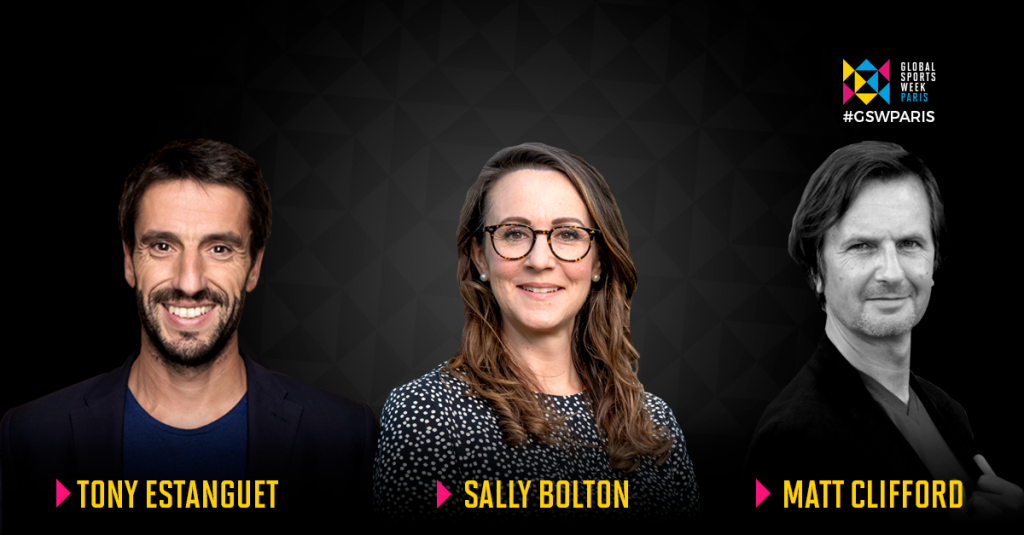 The trio reflect the diversity of the newly-released event programme, www.globalsportsweek.com, which explores the future of sport at the intersection of business, society and culture.

Estanguet, triple Olympic Champion in Canoe Slalom and member of the International Olympic Committee, will feature in a star-studded opening session on Thursday 6th February at the Carrousel du Louvre, before participating in an announcement related to the Games.

Bolton, in her first major public appearance since becoming the first female appointed to the Wimbledon CEO position, will also use the Global Sports Week stage to make an announcement on behalf of the club, alongside discussing the challenge of staging events in a purpose-led world.

Clifford, a longtime touring Rolling Stones member and favourite collaborator of Mick Jagger, will address the relationship between music and sport from his perspective as a composer for properties including the UEFA Champions League.

Single day passes – priced from 395 Euros – are now available for Global Sports Week, which will take place between February 5th and 7th at the Carrousel du Louvre.

This final ticket release represents a last chance to join 1,000 leaders of the world sports economy when they meet at the iconic Carrousel du Louvre for an event designed to shake, shape and share the future of sport.

The two-day Global Sports Week Paris forum, organised under the patronage of UNESCO and the high patronage of M. Emmanuel Macron, President of the French Republic, will be complemented by a week-long off-festival of sports business events throughout the city.

Day one and two-day passes include entry to a special Global Sports Week Paris Celebration Party, featuring a variety of international star guests and demonstrations. All passes include access to a complementary programme of talks and activations in the main event Village.