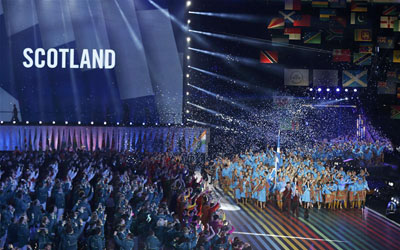 The Glasgow 2014 Commonwealth Games was delivered at £25 million under budget, it was announced today.

With the Glasgow 2014 Organising Committee entering its final stage of dissolution, Chairman Lord Smith of Kelvin has confirmed that in delivering the Games within budget around £25m of previously committed public funds have not been required.

A final budget position will not be confirmed formally until the Organising Committee’s closing accounts are completed early next year, but Lord Smith said current indications were that the Glasgow 2014 would conclude its operations significantly within budget.

Lord Smith of Kelvin KT, Chairman of Glasgow 2014, said: “From the outset, the focus of the Glasgow 2014 Organising Committee and our Games Partners has been delivering a world-class Games for the Commonwealth which would make the people of Glasgow and Scotland feel proud.

“Throughout the journey – and working closely with our Games Partners – the team at Glasgow 2014 has focused on achieving excellence and also value in everything we’ve done.

“It has also been very important to us that we have gone about our work in a responsible and sustainable way – ensuring that the Commonwealth Games experience has been accessible to as many people as possible, with the benefits of the Games felt widely.

“My thanks go to the thousands of individuals, communities, organisations and businesses across Glasgow, Scotland and the Commonwealth for their incredible support – as well as the ‘Home Team’ at the Organising Committee for their drive to make Glasgow 2014 a truly world-class but community-relevant celebration.

“It gives me considerable pride to now be able to say that Glasgow and Scotland have made Games history…. and have done so well within budget.”

Alex Salmond, First Minister of Scotland, said: “Glasgow delivered the best Commonwealth Games ever, showcasing the city and Scotland to the world in a fantastic way.  A tremendous amount of work went into delivering the Games and I am delighted to be able to announce that operations have concluded under budget.

“This is undoubtedly testament to the hard work of everyone involved, and from the competitors, to the volunteers and the spectators, I’d like to offer my utmost thanks to all those who contributed to making these the greatest Games ever.

“As well as having great aspirations for Scotland’s sporting stars, we had great ambitions for the event to be a catalyst for physical, economic and social regeneration.  We have already announced that £6 million will go into Scotland’s first ever para-sports centre and £2 million will support our successful Legacy programme.

The remaining funds will be invested back into Scotland’s health service.  It is clear that the benefit of the Glasgow 2014 Commonwealth Games will be felt in Scotland for generations to come.”

Michael Cavanagh, Chairman, Commonwealth Games Scotland, said: “Glasgow 2014 was an outstanding Commonwealth Games and provided the perfect platform for Team Scotland to have its most successful Games ever. It is extremely good news and testimony to the hard work and professionalism of the Organising Committee and all the partners that we were able to deliver the best Games ever, well within the agreed budget.

“Our focus now turns to the next two Youth Games in 2015 and 2017 and the 2018 Commonwealth Games in Gold Coast. The success of our team at Glasgow 2014 has clearly highlighted the requirement for ongoing investment in Team Scotland, to ensure there is continuing medal success and wider legacy benefits from the Games.”

HRH Prince Imran, President of the Commonwealth Games Federation, said: “Glasgow 2014 and Games Partners are to be warmly congratulated on their prudent and responsible approach to the delivery of what was an outstanding and joyful Commonwealth Games.

“Glasgow and Scotland’s Games has set bold new benchmarks, energised and inspired the Commonwealth sports movement and invested in developing a long-term legacy which will benefit a wide range of people and communities for many years to come.”