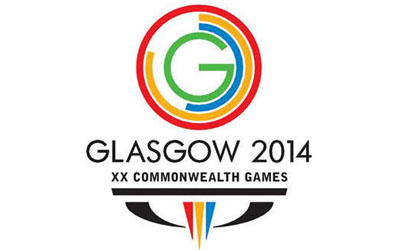 Athletes today (Friday 12 July) were given an exclusive first glimpse inside the state-of-the-art development which will become the home from home for 4,500 top sportsmen and women from across the world for the Glasgow 2014 Commonwealth Games.

Tomorrow (Saturday 13 July) marks exactly One Year To Go until team members and officials from 71 nations and territories start to take up residence for the Games in the 700-home Dalmarnock complex in the heart of Glasgow’s east end which will be transformed into Glasgow 2014’s Athletes’ Village.

Adam Cox, a Team Scotland bronze medallist in Gymnastics from the Melbourne 2006 Commonwealth Games and Netball player Lynsey Gallagher, who will compete in a Games for the first time at Glasgow 2014, were given a behind the scenes tour of the site where 85% of homes are already complete. Both athletes were also given a flavour of how it will function at Games-time – complete with a full medical centre, shops, recreation areas and 24-hour dining facilities for the athletes and team officials.

The site, Scotland’s first large-scale carbon neutral housing development, will start its transformation for Games-mode at the start of next year. The Glasgow 2014 Athletes’ Advisory Committee has been involved throughout the design stages of the project to ensure that it is more than just a bed between training and competition.

Athletes and officials will be accommodated within a range of properties – from terraced homes, to contemporary cubed townhouses – within the 35 hectare site which has been developed by City Legacy – a private sector consortium which is working with Glasgow City Council.

It was revealed today that at Games-time the Village site will be zoned and has four different areas appropriately named with a Scottish flavour as Clan, Castle, Mountain and Loch.

Ensuring the smooth operating of a Games village is a mammoth logistical task, requiring precision planning.

Also expected to be used are:

After the Games, the Athletes’ Village will leave a lasting legacy for the people of Glasgow as 700 homes will be available – 300 for private sale and 400 affordable houses for rental.

“We want the athletes who come for the Games to have the best possible experience and the Games Village is a crucial part of that. With one year to go until the athletes arrive, the site is already 85% complete which is a really positive message.

“The Glasgow 2014 Organising Committee promised that we would have an athlete centred and sport focused Games and this is really epitomised by the Athletes’ Village. We have consulted all the way along the project to make sure that this really does become a home from home where athletes can relax between training and competition.

“It is fantastic to see the development at this stage already and to get a flavour of what it will be like this time next year.”

“It is fantastic to see the Athletes’ Village taking shape with a year still to go until the Games. The Village is the heartbeat of every Games, providing that important home from home for all the athletes as they prepare for one of the most important performances of their lives, as well as providing a base for Team Scotland operations.  The low-rise accommodation will work well, there are good public spaces and the proximity to most of the venues and the city centre is ideal.

“There has been a lot of input so far from our athletes into the Village planning process and we will continue to work closely with the Organising Committee to ensure that when it opens in one year’s time, it offers the best possible athlete experience.

“City Legacy has made tremendous progress with the Athletes’ Village development at 85% complete and still a year to the Games.  Competing athletes’ can take advantage of the spaciousness of the houses with River Clyde views and first class amenities on their doorstep.  Moreover, after the Games, the Athletes’ Village will leave the lasting legacy of a vibrant new community with amenities, public spaces and housing only three miles from the city centre.

“City Legacy is a consortium of four Glasgow companies with a strong track record of residential development.  It was important that we created opportunities for local people to further regenerate this area and to date we have provided 114 work placements and 89 apprenticeships at the Athletes’ Village.”

“The Athletes’ Village will be home to hundreds of competitors and officials during the Games next year, and with just one year to go, I’m pleased to see the village so close to completion.

“The athletes and officials will feel safe, secure and at home in their accommodation, the Village is being completed to a very high standard. We want to make all residents feel as welcome as possible, and for them to have the best possible experience at Glasgow 2014.”

“In just twelve months, we will welcome thousands of athletes from all over the Commonwealth to the city as they prepare to take part in the Glasgow 2014 Commonwealth Games.

“For a few weeks, they will call Glasgow home and we believe they will remember both Glasgow and the Athletes’ Village as a fantastic place to stay. A huge amount of work has been done by the Games Partners to ensure that everything is in place to allow athletes to enjoy their surroundings are get ready to perform as well as they can”.

“As a member of the Commonwealth Games’s Federation’s Coordination Commission I’ve followed the progress of the Game Village development very closely.

“I am confident that, through this village, the Organising Committee will achieve its goal of providing the Commonwealth’s athletes with a real ‘home away from home’, providing an optimal environment within which to prepare for their competition and to perform at their best.”