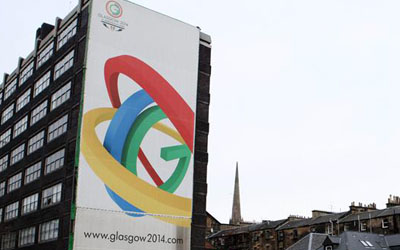 Ord has a 20-year career of delivering global sporting events including senior roles with the Sydney 2000 and Athens 2004 Olympic and Paralympic Games, allergy as well as the 2003 Rugby World Cup and the 2006 Asian Games in Doha.

He has been an operational advisor to Rio 2016’s Shadow IOC Evaluation Commission, as well as the author of the Commonwealth Games Federation’s Technical Manual for Venue Operations – one of the defining guidebooks for Games’ Organising Committees.

Ralph, from County Durham, joins Glasgow 2014 from London 2012 Olympic and Paralympic Games where he was responsible for the delivery and readiness of broadcast facilities, infrastructure and operations for the Olympic Host Broadcaster.

His role will include overseeing the management of all Games-Time Delivery including ensuring key Functional Areas such Sport, Venues, Security, Transport and the Athletes Village are ready on time, on budget and are fully operational for and throughout Games time.

“He is a well-respected figure across international Games management and brings with him a wealth of expertise which will play an important part in ensuring Glasgow 2014 delivers an outstanding Commonwealth Games for Glasgow and Scotland.”.

Commenting on his appointment Ralph Ord said:“As the Commonwealth Games Federation Co-ordination Commission highlighted during its visit earlier this month, Glasgow 2014 has the potential to be the best Commonwealth Games ever and I am delighted to be part of what will be a great success story for the city and for Scotland.

“Glasgow 2014 is already demonstrating fantastic momentum and generating tangible excitement and I look forward to being part of a winning team delivering a sporting celebration of which we can all be proud.“