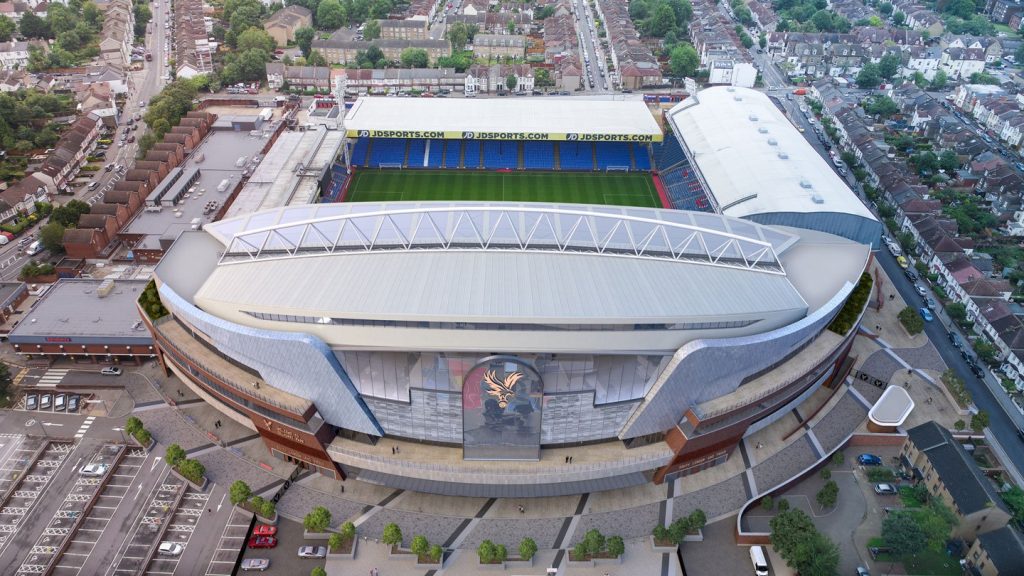 Crystal Palace are celebrating after been given the green light to build a new iconic Main Stand at their Selhurst Park stadium.

It follows Croydon Council’s decision to finally grant permission for the project to go ahead.

The scheme, which is expected to cost up to £100M, will increase the English Premier League side’s ground capacity from 26,000 to more than 34,000. The project is expected to generate more than £15M for the local economy and create hundreds of new jobs.

The plans are also expected to be approved by the London Mayor, Sadiq Khan.

The Eagles are hoping to begin work on the new stand at the end of next season, with likely completion in 2021.

Crystal Palace Chairman, Steve Parish, said: “I am absolutely delighted that Croydon Council has backed our plans for Selhurst Park. This project will not only transform the stadium, which has been our home since 1924, but it will also have a positive impact on the south London community. I wish to thank the lead officer and the councillors for their support, and for all the hard work that has been put in by the council over the last few months to ensure this application was heard so quickly.

He added: “I want to thank everyone who voiced support and those connected to the club who worked so hard over the last few months towards this very important step in the dream of a new Crystal Palace for Crystal Palace”.