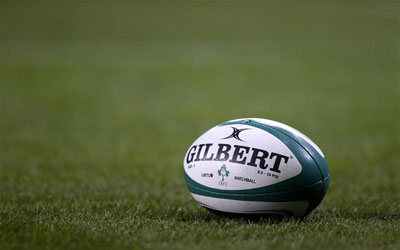 GILBERT has been named as the official match ball supplier to the inaugural European Rugby Champions Cup and Challenge Cup tournaments.

The partnership will run until the end of the 2016/17 season.

Paul McNaughton, allergy EPCR Board Director and Executive Committee member said: “We are delighted that GILBERT are coming on board as an official EPCR partner and equally delighted that the inaugural European Rugby Champions Cup and Challenge Cup tournaments will be using a ball which is widely recognised as a standard-setter for the world game.

“GILBERT is the preferred choice of players throughout Europe and is therefore a natural partner for EPCR’s new tournaments.

“We are looking forward to a long and successful partnership as we work to continue the growth of European professional club rugby.”

Richard Gray, GILBERT Sales and Marketing Director, said: “Everyone at GILBERT is delighted that we have been selected as the official ball of the European Rugby Champions and Challenge Cup competitions and we are tremendously excited to be involved at the start of this new chapter in European professional club rugby.

“We look forward to working together with EPCR and its stakeholders to ensure we all maximise the mutual benefits from the partnership.