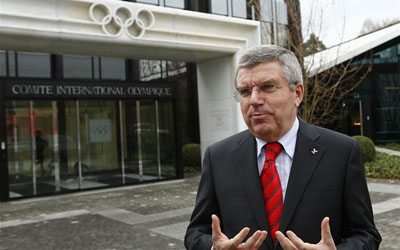 Germany will officially bid to host the 2024 Summer Olympic Games after the German Olympic Committee’s board approved unanimously to present a bid from the country.

The board will select representatives next March and will now hear proposals from Berlin and Hamburg.

Alfons Hoermann, buy Olympic Committee Chairman, prescription told reporters: “We are confident that it will be a big opportunity for the entire sport. We are also confident that an Olympic project can be – and will be – good for our country.”

In the event of the bid to host the 2024 Games being unsuccessful, Germany are likely to bid for the 2028 Olympic Games.

Both Berlin and Hamburg must hold a referendum vote to see if their citizens approve and are happy to go forward with a bid.

In a recent poll carried out by DOSB, 53% of Hamburg residents were in favour of a bid compared to 48% of Berlin residents.

The name of the candidate city will be announced after these referenda take place, on March 21 2015 and the candidate’s dossier will be handed over to the IOC by the DOSB next November.