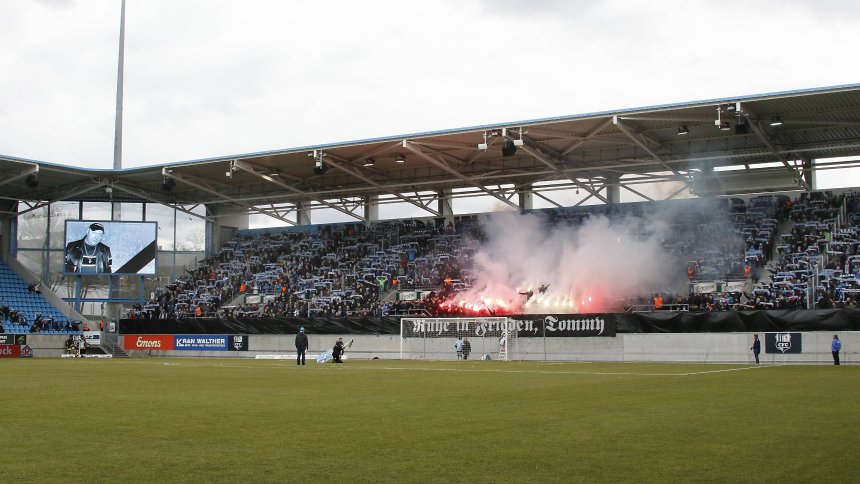 The CEO of fourth-tier German football club Chemnitzer FC stepped down yesterday following an angry reaction to his decision to allow supporters to stage a pre-match tribute to a deceased fan knowns as a neo-Nazi at its 16,000-capacity stadium on Saturday.

Team CEO Thomas Uhlig stepped down on Sunday, saying he took responsibility for what happened on matchdays.

The Regionalliga Nordost club, which spent five years in 2.Bundesliga in the 1990s, also condemned the celebration of its striker Daniel Frahn, who held up a black t-shirt with the words “support your local hools (hooligans)” after scoring a goal.

Local saving bank Sparkasse Chemnitz, the main sponsor, had already announced that it would end its association with the club after this season.

The club said in a press release: “We decided before the current events that we would not continue our commitment, and the events on Saturday confirm that this decision was the right one.”

“Sparkasse Chemnitz stands for an open and tolerant world and we strongly condemn extremism.”

City officials of Chemnitz, in the Saxony region of eastern Germany, issued a post-game statement: “Chemnitz is an open-minded, tolerant and peaceful city. We distance ourselves emphatically from all racist and right-wing actions and statements.”

According to regional public broadcaster MDR, the recently deceased fan celebrated in the tribute was co-founder of the HooNaRa (Hooligans-Nazis-Racists) group, which was disbanded in 2007.