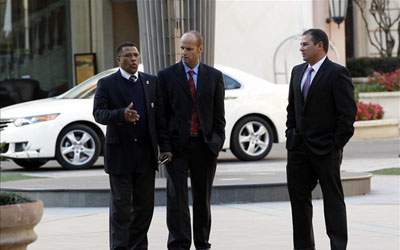 “The disciplinary chairperson issued his findings on sanction which CSA will implement with immediate effect,” CSA said in a statement on Friday.

“The sanction handed down by Advocate Karel Tip SC was that Majola is dismissed from his service with CSA with immediate effect.”

Nicholas Preston, CSA’s lawyer, said on Thursday that Majola was found guilty on all charges, but primarily of the non-disclosure and receipt of bonuses from the 2009 Indian Premier League tournament and ICC Champions’ league, and the misuse of his travel allowance.

He was invited to attend both the findings and the sanction, but chose not to do so.

Majola withdrew from the hearing last week, questioning the legitimacy of the process and arguing that the CSA board had already cleared him of any wrongdoing in respect of the charges levelled against him.

Majola’s lawyer, Pumezo David, said he had set aside the disciplinary hearing and had formally opposed it through the Labour Court.

David confirmed that all the respondents in their Labour Court application, which included CSA and President Jacob Zuma, had been furnished with papers and had until October 29 to respond.