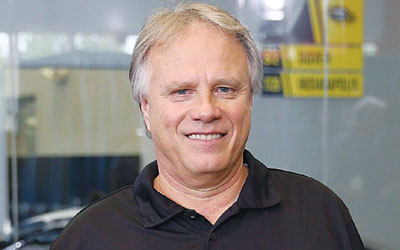 American businessman Gene Haas has confirmed that his team will join Formula One in 2016.

Having been given the green light in April, Haas revealed that he has opted to defer his team’s entry by a further year which will allow the team to be fuly committed when they do enter the sport.

“The plan is absolutely to launch in 2016 and we are fully committed to that,” he told Christian Sylt in an interview for Forbes. “I don’t think there is any doubt about that whatsoever.

“From a personal standpoint, I really would have liked to go racing in 2015,” he admits. “It was hard to sit there and say no. Trust me, I really wanted to go. The first year is always going to be going to be tough but I think that by waiting a year we will probably only have six months of it being really tough because we will be better prepared.”

Further justifying the decision, whilst shedding light on how (and where) the team will be run, he continues: “We had a timetable and it seemed that all the events were being delayed, for whatever reason, by a month or so. The final delay was that we were planning on opening a shop in Milan and then it came back from accountants that you can’t really have a presence in Milan because that will cause a tax presence so it just started getting convoluted. We decided that it would be better to be 100% sure we are going to make the race rather than scramble and not make the race.”

“Our plan is to have aero in Charlotte and engine work in Europe,” he explains “we are still looking at having a shop in Europe. England maybe would be the place to go because that’s where most of the Formula One teams are. We can’t do anything in Italy because of the tax presence there but you obviously have Formula One itself in the south of England so that would be a potential site.”

As part of his preparation, Haas will be in Montreal this weekend, paying close attention to the teams that he will soon be battling on track.

“I’m planning on going to Montreal,” he confirms. “There’s a lot of logistics that we are going to learn and this weekend we are going to be asking a lot of questions like ‘How do you get that box from here to there?’ ‘What are the logistics?’ ‘Where are all the airplanes that these things go in and what do they look like?’

“We are going to be looking for parts and pieces and looking very closely at what other teams bring, especially pit equipment, support equipment and getting an idea of their IT layouts and pit boxes. We are kind of familiar with that from the NASCAR side but this is all different and new so we have to find the suppliers that build all that stuff.

“We are looking for transporters, infrastructure and pit boxes. We have got to buy all that stuff because we are starting from scratch. If you had that stuff in place that would make a big difference. We don’t have any of that at the moment. The good news is that it will all be new.”