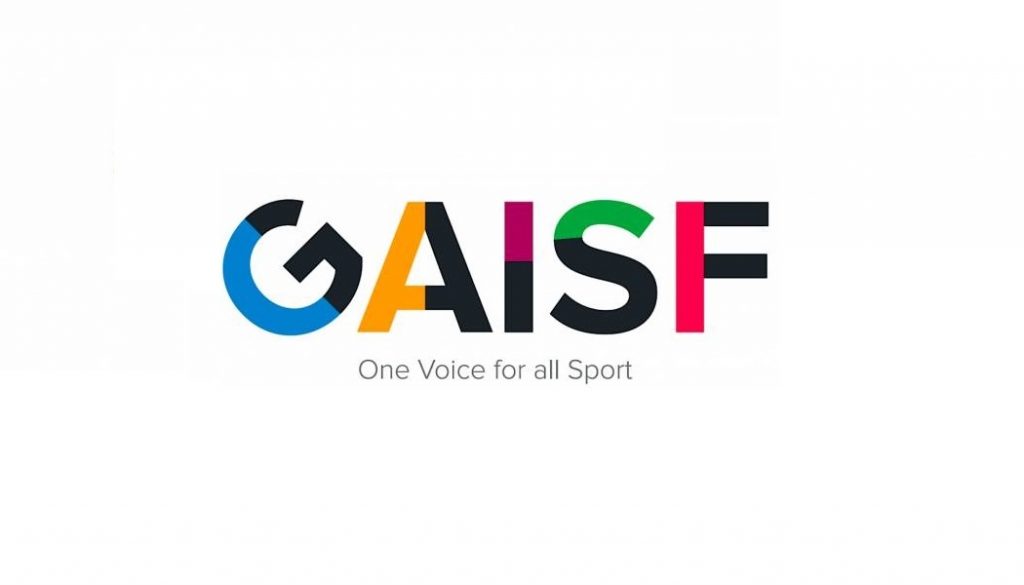 GAISF, the Global Association of International Sports Federations, has unveiled a vibrant new logo and fresh brand-style marking the beginning of a new chapter in its history.

The new logo was commissioned following the unanimous decision of members at the General Assembly in Aarhus to change the name of the organisation from SportAccord to GAISF.

After considering designs from a number of leading agencies, the brief was awarded to José Miguel Tortajada Aguilar, the highly regarded Barcelona-based designer whose work for many well-known brands has won leading international advertising industry awards.

His simple but highly effective design makes a powerful impact and instantly identifies the organisation – the prime purpose of any logo.

GAISF President Patrick Baumann said: “In a world of instant communication there’s more truth than ever in the saying that ‘you never get a second chance to make a first impression’ and I think this really hits the mark!

“The new brand identity represents the beginning of a new era for GAISF but it is important to remember that the changes in our organisation go beyond the visual to the very heart of our mission.

“I believe GAISF today has a clear sense of purpose and is structured, organised and resourced in a way that makes it even more effective as a service provider to members at a time of great change in the world of sport and beyond.”

Designer José Miguel Tort Jada Aguilar explained his aim was to create a logo which is striking, memorable and practical for use in all situations and in many types of media.

“The logo reflects that globality and sense of purpose. It is built around the simplicity of the GAISF acronym but rendered in colours which reflect the wide world of sport. These will be familiar to the Olympic Movement and recognise the inclusion and importance of the non-Olympic sports which are GAISF members.”