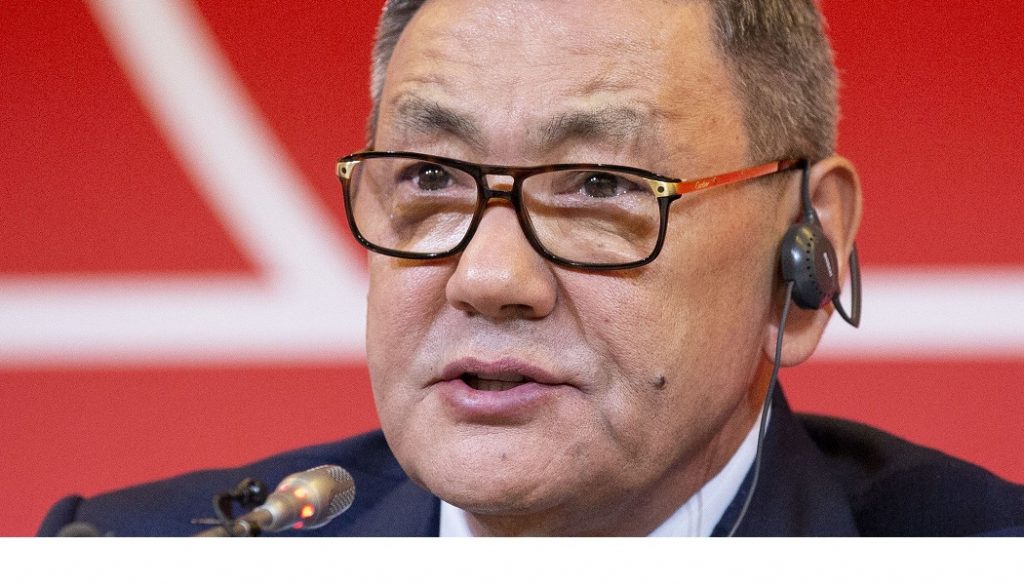 Gafur Rakhimov, Uzbek businessman who is the President of the International Boxing Association (AIBA) has expressed his intention to step aside as the head of amateur boxing.

AIBA is being investigated by the International Olympic Committee for governance and financial mismanagement.

Rakhimov, who has been Vice President of AIBA since 1998  is being accused of having links to the heroin trade by the US Treasury. The investigation could lead to Aiba being stripped of the right to organise the boxing tournament at Tokyo 2020.

Rakhimov in his statement said : “However, despite these efforts, there have been many discussions these last few months about the future of Olympic boxing. A lot of that was mainly focused on politics and not sport. While I had truly hoped and believed that sport and politics could be separated, and that the good work and positive changes being infused into Aiba would be recognised, the politically based discussions have put into question the progress being made throughout the Aiba organisation.

“Once again, as I have stated before on numerous occasions, I attest and confirm that the allegations against me were fabricated and based on politically motivated lies; I trust that the truth will prevail. Nevertheless, I have always said that I would never put myself above boxing, and as president, I have a duty to do everything in my power to serve our sport and our athletes.”