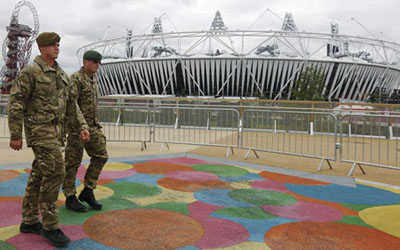 Security company, G4S has finally managed to end it’s association with London 2012 Olympics after they announced a bigger-than-expected £70 million hit on its contract for the Games.

The loss, which compares with its previous estimate of £50 million, follows months of negotiations with Games organisers LOCOG.

The group also incurred additional costs of around £18 million relating to charitable donations, fees and the cost of sponsorship and marketing.

Chief executive Nick Buckles said: “The UK Government is an important customer for the group and we felt that it was in all of our interests to bring this matter to a close in an equitable and professional manner without the need for lengthy legal proceedings.”

The two sides have been in talks over a final settlement for the £240 million security contract, after G4S failed to provide all of its 10,400 contracted guards. The shortfall left the Government with no choice but to step in with military personnel.

LOCOG revealed the overall agreement reduced the payment due to G4S by £85 million, comprising £48 million to cover step-in costs by police and military and £37 million primarily for project management failures.

Neil Wood, LOCOG Chief Financial Officer, said: “The savings arising from this settlement brings the total savings to the public purse from the Locog venue security budget to £102 million compared to the position in December 2011.”