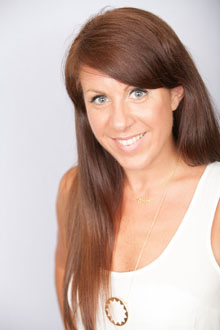 The agency, which last month won the Sponsorship Agency of the Year title at the UK Sponsorship Awards, is the fastest growing agency of its kind in the country and now has over 65 employees at its London HQ.

Hall has a wide range of experience within the marketing and media sectors.  From 2005 to 2011 she was based in London as a key member of the organisational team for Benchmark Sport working specifically on the Sport Industry Awards and then for Carat Sponsorship working on accounts including GM, Luxxotica, adidas, Shop Direct, Beiersdorf and J&J.

For the past 2½ years she has been based in New York where she was Senior Partnerships Manager for The Entertainment & Sports Partnerships (ESP) consultancy within GroupM, the world’s leading network of media agencies which includes, Maxus, MEC, MediaCom and Mindshare.  Her clients there included Harman Kardon, Chevron and Texaco. At Fuse, her role will involve working with clients such as Google, Bentley and other new business projects.

Commenting on the appointment, Mark Bullingham, Managing Director of Fuse Sport + Entertainment said, “We are delighted to welcome Naomi to the growing Fuse team.  This is a key period for the agency and having just secured some major new business wins with some top brands our priority is to secure top people, such as Naomi, to deliver outstanding results for these clients”.

Fuse has also made two other significant appointments this month. James English, Account Director, joins from TEAM Marketing. He will be working on Nissan’s sponsorship of the UEFA Champions League. Also Michaela Bilton, Senior Account Manager joins from News International to work on the John Lewis and Virgin Media accounts.