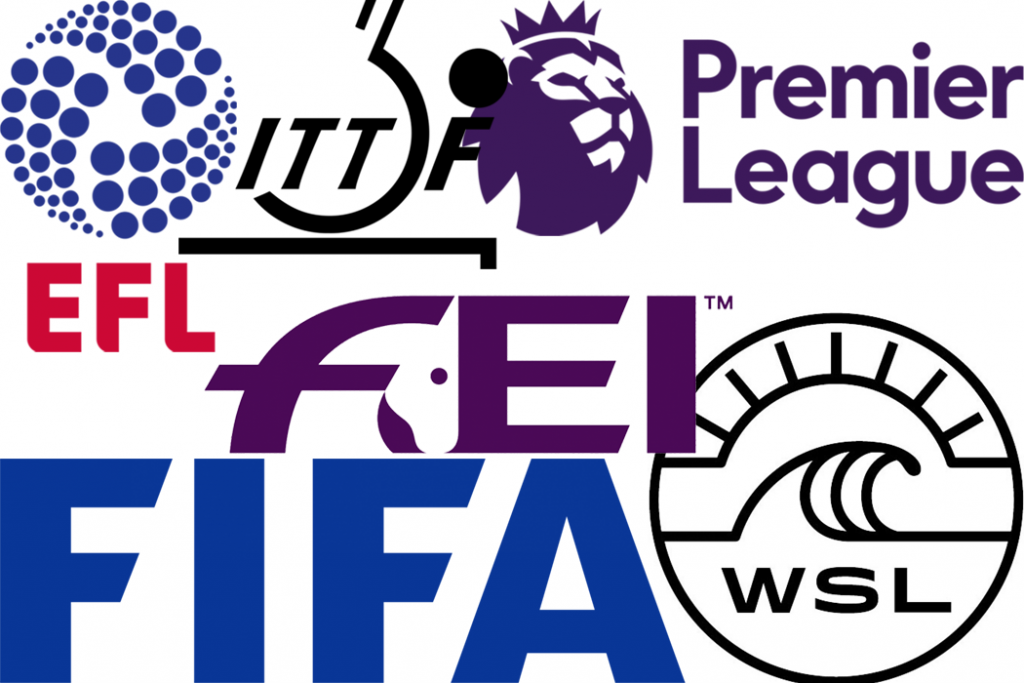 All matches in UEFA competitions, including the UEFA Champions League and UEFA Europa League, will not take place next week.

In the light of developments due to the spread of COVID-19 in Europe and related decisions made by different governments, all UEFA club competitions matches scheduled next week are postponed.

Further decisions on when these matches take place will be communicated in due course.

As a consequence of the postponements, the UEFA Champions League and UEFA Europa League quarter-final draws scheduled for 20 March have also been postponed.

Following a meeting of Shareholders today, it was unanimously decided to suspend the Premier League with the intention of returning on 4 April, subject to medical advice and conditions at the time.

Premier League Chief Executive Richard Masters said: “Above all, we wish Mikel Arteta and Callum Hudson-Odoi speedy recoveries, and everyone else affected by COVID-19.

“In this unprecedented situation, we are working closely with our clubs, Government, The FA and EFL and can reassure everyone the health and welfare of players, staff and supporters are our priority.”

Despite the challenges, it is the Premier League’s aim to reschedule the displaced fixtures, including those played by Academy sides, when it is safe to do so.

In this fast-moving environment, further updates will be provided when appropriate.

On Wednesday, March 4, we issued a memo stating that our plans to host the Masters Tournament, the Augusta National Women’s Amateur and the Drive, Chip and Putt National Finals had not changed. Unfortunately, the ever-increasing risks associated with the widespread Coronavirus COVID-19 have led us to a decision that undoubtedly will be disappointing to many, although I am confident is appropriate under these unique circumstances.

Considering the latest information and expert analysis, we have decided at this time to postpone the Masters Tournament, the Augusta National Women’s Amateur and the Drive, Chip and Putt National Finals.

Ultimately, the health and well-being of everyone associated with these events and the citizens of the Augusta community led us to this decision. We hope this postponement puts us in the best position to safely host the Masters Tournament and our amateur events at some later date.

We will continue to work with the World Health Organization, Centers for Disease Control and Prevention, the Office of the Governor, the Georgia Department of Public Health, the City of Augusta and all other local authorities. We are grateful to all of these entities for their exceptional efforts and guidance.

We recognize this decision will affect many people, including our loyal patrons. Your patience as we make every effort to communicate effectively and efficiently is appreciated, and we will share any additional information as soon as it becomes available. Updates also will be posted to our website, Masters.com.

As COVID-19 continues to impact the lives of people everywhere, we seek your understanding of this decision and know you share our concern given these trying times. Thank you for your faithful support.

Following the cancellation of the season-opening Australian Grand Prix and the postponement of the races in China, Bahrain and Vietnam, Formula 1 and governing body the FIA have said they now ‘expect’ the 2020 season to begin at the end of May – though this will be regularly reviewed.

“Following the announcement of the Australian Grand Prix’s cancellation this week and the ongoing and fluid nature of the COVID-19 situation globally, Formula 1, the FIA and the promoters have taken these decisions in order to ensure the health and safety of the travelling staff, championship participants and fans, which remains our primary concern.”

All parties said they were hopeful the races could be staged at a later date, and in light of the impact the virus is having, the statement added that it is expected the F1 season can begin at the end of May.

“Formula 1 and the FIA continue to work closely with the race promoters in Bahrain and Vietnam and the local health authorities to monitor the situation and take the appropriate amount of time to study the viability of potential alternative dates for each Grand Prix later in the year should the situation improve.

“As a result, Formula 1 and the FIA expect to begin the Championship in Europe at the end of May but given the sharp increase in COVID-19 cases in Europe in recent days, this will be regularly reviewed.”

FIFA President, Gianni Infantino, met yesterday with the Director-General of the World Health Organization (WHO), Dr Tedros Adhanom Ghebreyesus, at the WHO headquarters in Geneva, Switzerland, to discuss how football can help the WHO respond to the coronavirus disease (COVID-19) pandemic and what measures should sports governing bodies and administrators take in specific situations.

“Sports governing bodies and decision makers should always keep in mind that health comes first,” Mr Infantino and Dr Tedros said in a joint statement. “All sports bodies must be ready to follow national guidance, based on thorough risk assessments, to stage safe events or take other required actions that protect the health of fans, players, coaches and the broader communities.”

WHO and FIFA, working in conjunction with other leading figures in world football, will launch a joint awareness raising campaign and engage in various initiatives to ensure all people receive needed advice to protect and promote their health and that of their communities.

In 2019, WHO and FIFA, football’s world governing body, agreed a four-year collaboration to promote healthy lifestyles through football globally.

Due to the rapidly evolving situation with COVID-19 and out of an abundance of caution for the safety of athletes, fans, and staff, the World Surf League (WSL) has made the decision to cancel all events yet to commence at all tour levels, worldwide for the remainder of March, including the opening event of the 2020 Championship Tour (CT) on the Gold Coast in Australia. Additionally, the WSL has canceled the Papara Pro Open Tahiti.

This decision is based on guidance from the World Health Organization, who has declared that COVID-19 is now a global pandemic, as well as the Centers for Disease Control and Prevention, governments and local public health authorities where events are being held.

“Coronavirus is having massive consequences for sporting events and gatherings of all kinds around the world, and we are no different,” said WSL CEO Erik Logan. “We did not take this decision lightly as we are aware that it has a significant impact on the surfing community. However, the health and safety of our athletes, fans, and staff are paramount. From the standpoint of social responsibility, we also take very seriously the role our events might play in accelerating the spread of the virus. We’ve been in close contact with our athletes and we feel strongly that this is the right thing to do right now.”

“The fluid nature of this situation is forcing us to evaluate things day-by-day, and even hour-by-hour,” Logan said. “As this continues to evolve, we’ll continue to adapt, endeavoring to make the next right decision each day.”

The International Equestrian Federation (FEI), United States Equestrian (USEF) and Las Vegas Events have announced the force majeure cancellation of the FEI World Cup™ Finals 2020 in Las Vegas. The annual equestrian competition, featuring the Olympic disciplines of Jumping and Dressage, was scheduled for 15-19 April at the Thomas & Mack Center.

“It is very regrettable that next month’s FEI World Cup Finals in Las Vegas have had to be cancelled, but the decision was out of our hands”, FEI President Ingmar De Vos said.

“Since the FEI World Cup series began in 1978 for Jumping and in 1985 for Dressage, the Finals have never had to be cancelled before, but the global concerns about the spread of the virus and the travel restrictions imposed by the US Government have meant that the Finals are one of many major sporting events impacted by this outbreak.

“Like everyone in our community, we are disappointed, not only for the athletes who have qualified for the Finals, but also for Las Vegas Events and US Equestrian, and of course our top partner Longines, but the health, well-being and safety of our athletes, officials and our fans has to be our top priority. We hope we can alleviate that disappointment by returning to Las Vegas for a wonderful FEI World Cup Finals in the future.”

All ticket buyers and exhibitors will be issued full refunds. The Las Vegas Events ticket office will contact all ticket holders on the process starting the week of 16 March.

In light of the rapid spread of COVID-19 around the world, the International Table Tennis Federation (ITTF) has decided to suspend all activities provisionally until the end of April 2020.

Following the declaration by the World Health Organization of COVID-19 as a pandemic and the increased number of international travel restrictions, the ITTF has decided to suspend all activities provisionally, with the health and safety of athletes, coaches, officials and fans as the top priority.

The suspension comes into effect from Monday 16th March 2020 and relates to all ITTF sanctioned events, High Performance and Development activities and ITTF Foundation activities that had been due to start between the above date and the end of April 2020.

The ITTF Executive Committee will hold an emergency meeting on Monday 16th March to discuss the situation further and an announcement will be made next week regarding the ITTF World Tour Hong Kong and China Opens.

The ITTF has also recommended to all Continental Associations to follow the ITTF’s decision.