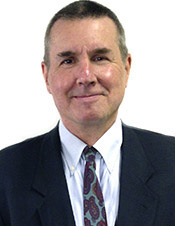 Eurosport is celebrating its 25th anniversary this year and its exclusive coverage of the French Open at Roland Garros in Paris gives a good picture of how far the group has come since 1989.

Eurosport CEO Jean-Thierry Augustin said yesterday that the groups’ content strategy is to continue to build on “great franchises” with more exclusivity and Roland Garros epitomizes the approach.

Eurosport, which has now reached 100 million subscribers via pay platforms, as well as 34 million on free-to-air in Germany, is showing the French Open for the 25th time. Eurosport and Eurosport 2 are showing more than 250 hours of live action, with video-on-demand access to seven courts via the Eurosport Player

Eurosport’s new agreement with the French Tennis Federation (FFT), running until 2021 gives Eurosport exclusivity in 12 markets this year and adds another next year when it will add exclusive Italian rights to the package.

Eurosport France has a separate deal running until 2018. In France, Eurosport has exclusivity through the first nine days of the tournament (until Thursday at 3 p.m.) and then shares rights with France TV for the closing days.

“We are the gatekeeper in these markets,” said Eurosport’s Géraldine Filiol, who negotiated the new FFT deal shortly before moving to her new role as head of corporate communications.

Eurosport’s exclusivity is Spain is especially striking, given that Rafael Nadal’s superstar status there. The Spaniard has advanced to the men’s semi-finals seeking to capture the title for the ninth time. If he makes the final, Eurosport will share the rights with Spanish terrestrial television (as required by regulations in Spain).

Last week Discovery Communications completed its acquisition of a controlling interest in Eurosport International, increasing its stake to 51% from 20% as part of a partnership with TF1 Group begun in December 2012.

The closing price for Eurosport International was based on an average enterprise valuation for the Eurosport Group of €902 million. The value of Eurosport France (€85 million) has been deducted. TF1 expects to retain its 80% interest in Eurosport France until at least 2015.

Augustin said that he expects Discovery to be in the driver’s seat in France eventually too. The current structure is a reflection of regulatory constraints.

Discovery International is also celebrating its 25th anniversary by reaching a new milestone.

The acquisition of Eurosport takes the group to a point where its business outside the USA is bigger than the domestic business, according to Jean-Briac Perrette, President of Discovery Networks International.

The move into sport is a an excellent fit for Discovery because, said Perrette, the American group’s programming brand is all about “telling factual stories” and sport is full of them.

Deep-pocketed Discovery’s move into the sports market adds a fourth major player to the picture of global competition for premium rights along with ESPN, Fox and more recently Al Jazeera.

During the FIFA World Cup kicking off next week, Eurosport will reach the level of 8 million unique internet visitors per day with 50% of them coming via mobile.

Jay Stuart has been covering the international media industry since the 1980s. He was deputy bureau chief in Rome of US show business newspaper Variety, editor of Television Business International magazine, editorial director of Kagan World Media and editorial director of the Press Association’s PA Sport Services. He was also co-creator and Associate Producer of Naked Sport, a major documentary on the sports business for Channel 4, PBS and Showtime.

He is also currently Head of Media Relations for SportAccord Convention, the annual summit meeting of the international sports federations and the Olympic movement.

He is also the founder of Sport MediaHub Ltd., partnering in the development of marketing tools for video content providers.