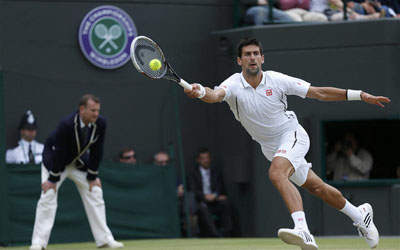 The announcement of the deal was made at the Sports Matters conference, held in Singapore.

In addition to serving up LIVE coverage of the entire two-week showpiece from Wimbledon, in standard and high definition, fans will also be able to catch the action LIVE and on-demand on FOX Sports Play or via the iOS and Android apps. Subscribers to FOX Sports Mobile, may also follow the action streamed LIVE to their mobile phones. Extensive highlights are also available on the 24/7 sports news channel, FOX Sports News.

Viewers in Indonesia, Malaysia, Hong Kong, Taiwan and Thailand will also be able to access commentary in Bahasa Indonesia, Bahasa Malaysia, Cantonese, Mandarin and Thai respectively, in addition to English.

“We are pleased to continue our strong relationship with the AELTC as we build on the strength of Wimbledon and offer our fans the best in grand slam tennis,” said Zubin Gandevia, President of Asia Pacific and Middle East at FOX International Channels.

“We are delighted to build on our strong partnership with FOX Sports for a further 6 years. Delivering live output across all platforms of all the action, plus telling the Wimbledon narrative to a growing pan-Asian audience is a high priority for The Championships,” added Mick Desmond, Commercial Director, AELTC.