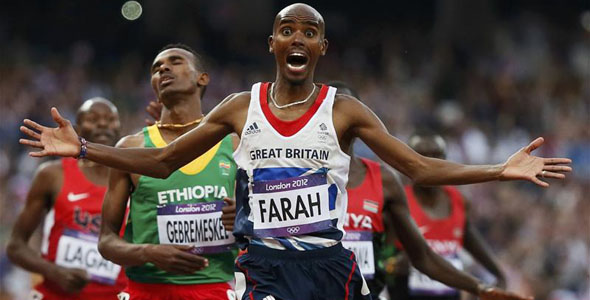 Four years on from London – by Michael Pirrie

Exactly four years ago, the London 2012 Olympic Games, the biggest peacetime event in the history of the UK, commenced with a critically acclaimed opening ceremony – it was an uplifting opening ceremony that would set the scene for one of the most widely acclaimed and enjoyed Olympics in modern times.

With Rio just around the corner, Japan deep in planning for 2020, and four cities bidding for 2024, Michael Pirrie, a senior adviser with the Olympic Organising Committee in London, looks at how the Games can transform a host city and analyses the critical success factors of 2012. Speaking to two of the key figures involved in the Games – former Olympics Minister Baroness Tessa Jowell, and Olympic Bid leader Sir Keith Mills – iSportconnect looks at the requirements for future host cities and how you go about building a legacy.

The moments and memories seem frozen in time as a ticker tape of Olympians rolls across a succession of giant digital billboards inside the brain displaying sporting images that thrilled the UK and the world – from Bolt to Murray, Jessica Ennis-Hill, Sally Pearson, Michael Phelps and many more whose performances put a giant smile on the face of the global community.

The athletes were the stars of London’s Olympic extravaganza. They performed at awe-inspiring levels, and almost always with grace and sportsmanship whether they won or lost, leaving trails of world and Olympic records and inspiration in their wake.

The UK public and international visitors responded to the athletes with levels of enthusiasm, passion, noise and sheer joy rarely seen at any major sporting event.

The performances of the athletes and interaction with the spectators was fundamental to the success of the London 2012 Games, and much exhausting work was done to create the conditions necessary for sporting magic inside the venues.

The successful delivery of Games events centered on effective Games-wide and integrated operations, based around the best service levels and conditions for the athletes, and involved many thousands of pieces of detailed planning.

Partnerships with core stakeholders were pivotal, especially with the British Olympic Association (BOA), UK Sport and the UK Government to provide the funding and pathways to sporting excellence needed for British athletes to perform successfully at Games time to drive national interest and celebrations.

We knew we could not leave this to the ‘It Will Be All Right on The Night’ school of project management, nor allow our planning inadequacies to impact on the Olympic experience of the athletes or the global community in any way, as our chairman, Seb Coe would constantly remind us, supported strongly by members of IOC Co-ordination Commission, including John Coates and Gunilla Lindberg.

In addition to providing an electrifying Games environment for the world’s best athletes, we also promised important community legacies from the Games: benefits which have often taken up to a decade and longer to develop and deliver following previous Olympic Games, but which in London’s case are already in place due to simultaneous planning of post-Games legacy infrastructure in parallel with Games-times services and facilities.

London 2012’s dual focus on delivering a spectacular Games-time experience and working with key stakeholders, partners and others to help deliver legacy benefits in parallel with Games preparations is delivering significant community regeneration and urban renewal.

The east end of London, one of the most under developed communities in the capital and country, where many of the new venues, facilities and services for our Olympic Games were located, has been extensively regenerated, and millions have benefited from preparations for the Games.

London has also benefitted from much needed new Games-related transport, housing, and community services, including lower carbon energy infrastructure and a collection of the best new sports facilities in the world.

As a result of these new venues, services and the knowledge legacy of how to deliver major events efficiently and economically, London and the UK are winning more bids to host international events in the rapidly expanding, increasingly competitive and commercially valuable global major events sector, worth hundreds of millions of pounds to local economies.

These include the 2017 IAAF World Athletics Championships, the world’s third biggest event, which will be staged in the former Olympic Park and Stadium next year, with athletes from more than 200 nations competing.

The construction of the Queen Elizabeth Olympic Park, the centrepiece of the London 2012 Games in east London, has been the catalyst for the single biggest transformation in London for decades.

This has created new facilities, housing, and services and a new future and opportunities for some of the poorest boroughs in the UK that are located around the Olympic Park site.

New homes, schools, better transport connections and Europe’s largest retail development at Westfield, all in and around the Olympic Park site, are leading to more jobs and other significant social and economic benefits. The changes will underpin economic activity in one of the most under-developed areas in the capital for decades to come.

The Games, encouragingly, have for the first time been the catalyst for greater participation in sport amongst young people and also elderly people as well, with many sports and sporting venues reporting increased participation and useage by young people and an increase in new sports venues and infrastructure, including swimming pools and diving boards and pools .

Baroness Tessa Jowell, the former Olympic Minister who persuaded the Blair Government to bid for the Olympic Games against Paris, New York, Moscow, Madrid and other leading international cities, said that the Games have also left many deep personal legacies in the lives of Londoners, Games volunteers and many others involved in Games events.

“I think my favourite legacy is all the conversations I had when I was deputy Mayor of the Olympic Village, and this was really some conversations which confirmed how far we had come in achieving everything we spent 10 years trying to make happen.”

“So, the volunteer who said to me that on the day we won (the bid) way back in 2005, she said that she started saving every month so she could close her business for the duration of the Games and work as a volunteer, which is what she did, and she said her dream came true. And so that story was repeated in different ways, hundreds of times.”

Baroness Jowell said the Olympic Games had also left a powerful image legacy that has transformed views and perceptions of London and the UK.

“Part of our ambition in starting out on this long road was to show the world we weren’t a country of Beefeaters and heritage sites, proud though we are of these, but a country of innovation, entrepreneurship, knowledge and leading edge in the world, and I think we managed to do that. I think the perceptions did change, and there are plenty of stories that showed how people’s perceptions altered.”

Legacy was worked out early and roles and responsibilities for legacy delivery were also determined early. Planning of the Games and legacy proceeded in parallel. The Games – and preparations for the Games – however, must work and must be successful and inspirational to drive and support legacy. 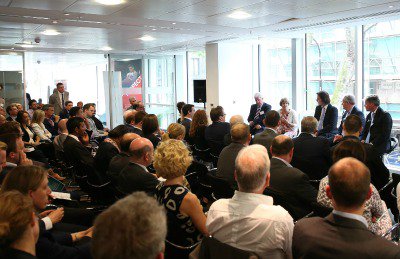 “First of all be really clear why you want to host the Olympic Games. I think lots of cities aren’t really clear when they make that decision; because if you’re not clear at the beginning, what you get at the end tends to be a lot of trouble.”

“I think when we bid for the Games we were pretty clear that we wanted to both regenerate a big part of London and, at the same time to use the Games to inspire a generation of young people through sport. And we focused all our energies to do just that. But if you aren’t clear at the start, you are going to have a lot of trouble when you go into the delivery phase,” said Sir Keith, who is successfully managing Britain’s current Louis Vuitton America’s Cup challenge, and leads a charity that helps young people through sport, called Sported.

The London 2012 Olympic and Paralympic Games brought people in the UK and around the world together through sport in unique ways, and was the catalyst for major social, economic and community change in the capital and beyond. Social commentators believe the Games may have also been the catalyst for an important change in the way in which the UK is seen, and how Britons see themselves.

The London 2012 Games lifted the mood of the British people and economy and united the country, while the Paralympic Games have changed the way we view sport, disability, and ourselves.

The spirit of the Games, the regeneration of east London around the new Olympic Park and the achievements of the athletes have even been invoked by community, educational, cultural, business and political leaders as a source of inspiration; an example of what is possible through teamwork and sharing of a common goal and vision to help address key challenges and opportunities in the post-Olympic era.

Along with cities and communities around the world, London now eagerly awaits the start of the Rio 2016 Olympic Games and Paralympic Games as the international community gets ready to be enthralled and inspired by the magic, passion and stunning natural beauty and love of life and sport that Rio will bring to the first Olympic Games in South America. Go Rio!!!