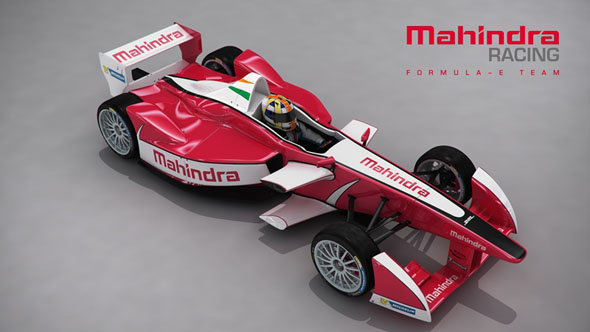 British race team Carlin have been announced as the new technical service provider to Mahindra Racing in the inaugural FIA Fomula E Championship, ask which will be launched in September this year.

Carlin, a multiple championship winning team, will provide engineering and technical support to the Mahindra Racing Formula E team from the championship’s technical headquarters in Donington and at the 10 track events on the 2014/15 calendar.

Formula E is the world’s first fully electric racing series with 10 teams already scheduled to join the grid.  Races will be held across the world, including Los Angeles, Buenos Aires and Monaco.

Trevor Carlin, Director of Carlin Motorsport, said: ‘‘We are incredibly proud to be working with such a big organisation as the Mahindra Group and we are keen to repay their trust in us with a successful Formula E campaign from the outset.

‘‘It’s already clear to us that Mahindra Racing are taking this programme incredibly seriously and are aiming for results at the highest level which we both respect and find very exciting. It speaks volumes about British motorsport that such a big Indian company has chosen a British team to work with and we’re very honoured.

‘‘We are very excited to be involved in such a ground breaking series as Formula E from the very start.’’

Dilbagh Gill, Mahindra Racing Team Principal, said: ‘‘We were very keen to work with a team that had race and championship winning experience at a high level but also had the ability to manage and work with non-F1 budgets.

‘‘Carlin are extremely well respected and together with our expertise in powertrains and electric vehicles, we make a good team.’’

The FIA Formula E Championship will begin in Beijing on 13th September and conclude in London on 27th June 2015.