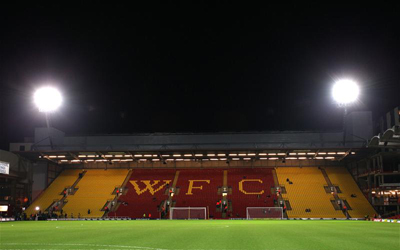 Former Watford Football Club owner Laurence Bassini has been banned from being involved in football for three years after an investigation into two financial transactions.

Bassini and Watford were found to have breached Football League regulations over transfer fees and central distributions.

As well as being banned, try the club have been hit with a partial transfer embargo, although they could have faced a points deduction, potentially scuppering their promotion push.

A statement on the Football League’s website said: “A Football Disciplinary Commission, in the case of The Football League vs Watford Football Club and Mr Laurence Bassini, has determined that both defendants breached Football League regulations regarding the securitisation of future transfer fees and central distributions.”

Watford’s said they were ‘pleased to confirm’ that they had not received a fine or points deduction and further added: “The club has been made the subject of a transfer embargo but wishes to emphasise that the embargo referred to falls under Regulation 19 of the Football League Regulations.

“This is not an absolute bar on transfers, but rather a mechanism by which transfer business can be conducted by the club provided that the prior authorisation of the relevant football authorities has been obtained.

“It is clear from the decision of the Football Disciplinary Commission that the offences which the club has been found guilty of were committed by one or two individuals who are no longer associated with the club, and without the knowledge of the full board of the club.”