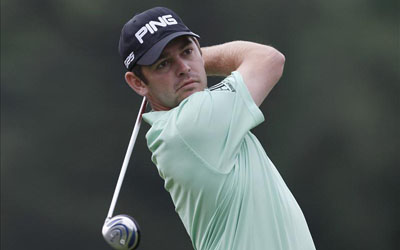 Mercedes-Benz South Africa will not only be supporting the 2010 Open Championship winner through to further success but will also be assisting his junior golf academy.

“I’m pleased to announce I am joining the Mercedes-Benz family as a golf ambassador! Their dedication to golf for the past 30 years has been first class and I am looking forward to working with a brand that is as passionate about the game as I am,” says Louis Oosthuizen.

He won numerous amateur titles before turning professional in 2002 at the age of 19. Louis also triumphed at his first European Tour event in 2010, the Open de Andalucia de Golf. He followed that with his first major championship, the 139th Open Championship played over the Old Course at St. Andrews, winning by a massive seven shots.

“We are delighted to welcome Louis Oosthuizen to the Mercedes-Benz family – our values of fascination, perfection and passion fit perfectly with Louis’ own principles. He’s one of a new breed of golfer who embodies Mercedes-Benz values both on and off the course”, says Selvin Govender, Divisional Manager Marketing, Mercedes-Benz South Africa.

Lueder Fromm, Head of Global Marketing Communication for Mercedes-Benz Cars, added: “We are looking forward to acclaim Louis during the Open Championship in July, where Mercedes-Benz is a Patron, together with our other brand ambassadors like Adam Scott and Marcel Siem.”

Louis Oosthuizen’s vehicles of choice are the performance driven ML 63 AMG in South Africa and the GL 450 in the United States. He is currently competing at the the US Open at Merion.