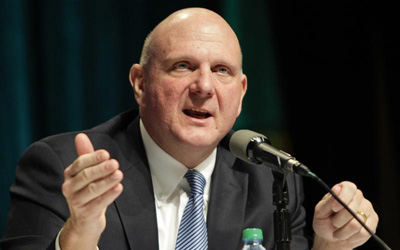 The former CEO of Microsoft Steve Ballmer has reached an agreement to purchase the NBA’s Los Angeles Clippers for a potential record of $2bn.

The Clippers were put up for sale by the NBA after owner Donald Sterling was recorded making racist remarks.

Sterling, who owns the Clippers with his wife Shelly, was banned from the sport for life as a result of the comments.

However, despite Mrs. Sterling saying she was “delighted” with the deal, reports from Mr. Sterling’s lawyer Bobby Samini said that as a co-owner of the team, he has to consent to the deal – something he is not willing to do.

Samini said: “That’s his position. He’s not going to sell.”

NBA owners are now set to meet in New York next week to discuss Mr Sterling’s comments and could force him to sell his interest in the team.

Regarding his potential purchase, Ballmer commented: “I love basketball. And I intend to do everything in my power to ensure that the Clippers continue to win – and win big – in Los Angeles.

“LA is one of the world’s great cities – a city that embraces inclusiveness, in exactly the same way that the NBA and I embrace inclusiveness.”

Despite comments from her husband’s lawyer, Mrs. Sterling said: “We have worked for 33 years to build the Clippers into a premier NBA franchise. I am confident that Steve will take the team to new levels of success.”

The NBA needs the approval of three-quarters of the 30 teams to force the sale of the LA Clippers.