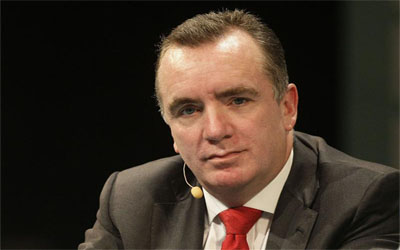 1860 Munich were relegated to the third tier of German football after a match marred by crowd trouble.

Ayre told reporters: “I can confirm that with regret this morning, Tuesday 30th May 2017, ahead of the play-off fixture, I resigned from my position as managing director as a result of off-field issues at 1860 Munich.

“Unfortunately, during my short eight-week tenure I have found an organisation in which the shareholders are not aligned with a common interest, nor have a shared vision for the future of the club. Consequently, although an approved budget for next season was established, there remains significant disagreement between various shareholders, at a crucial time making it impossible for me to continue in the role.

“I have said in the past that Hasan Ismaik is hugely passionate about this club and has invested heavily in making it a success. However, this investment will not bear fruit unless all shareholders align behind shared objectives for the future with respect for each other. Currently this is not the case.

“I feel extremely disappointed to have to step away from this great opportunity and the staff I had the pleasure to work with and I truly hope that the shareholders of this club find a solution that allows its fans the opportunity to see this club back where it belongs at the top of German football.”