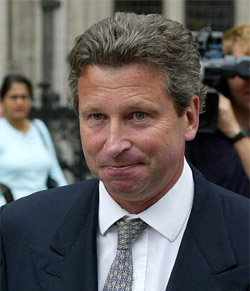 Harris has made it clear that the consortium has the necessary finances and individuals to lead the League One club.

He said: “I should first make clear that we would not have pursued this investment without sound financial backing and the right senior management. We have that.

“Secondly, medstore I should also be very clear that we will not be carrying forward any legacy issues associated with the recent past. We will be starting with a financial clean sheet.

“Personally, prostate I had signalled to my colleagues at the investment bank Seymour Pierce that I intended over a reasonable period of time to broaden my career interests and, therefore, I stepped down from the bank’s operating board on 17 May 2011, nearly two years ago. Over that period I have reviewed a number of opportunities in football. This, to me, became the stand out opportunity.

“We have the people with the ability to achieve solid progress over the next few years and bring much needed stability to the Club.  No-one on the new team underestimates the scale of the task that lies ahead. We understand, of course, that the fans, the commercial partners and the staff will have many questions and we will address these over the immediate period ahead.”

Their bid was confirmed by administrators PFK and comes a week before a High Court hearing to decide whether the club can be sold to the Portsmouth Supporters’ Trust (PST).

The new consortium, which also includes professional investor Alan Hitchins and investment banker Pascal Najadi, has stated it is willing to offer “a stakeholding and participation” to the PST if it is successful with its bid.

Keith Harris is the proposed new Chairman of the club. The rest of the senior management team would comprise Steve Hamer as Managing Director and John Redgate as Chief Financial Officer. Redgate would be returning to his former post at Portsmouth.

Michael Cunnah, former Finance Director of The FA, exclusively told iSportconnect: “Portsmouth FC represents a fantastic opportunity for someone who can clean up a messy situation and put the club on solid foundations. Keith is extremely capable and well placed to achieve this. He and his team face an exciting challenge which could become a very successful venture over a realistic timescale.”