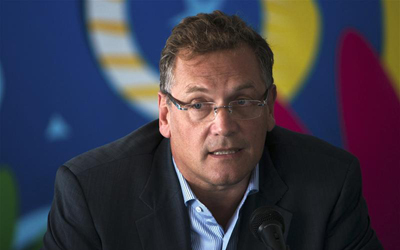 The FIFA Appeal Committee has partially confirmed the decision to reduce the bans of ex-executives Jérôme Valcke and Chung Mong-joon.

Following the hearing of Valcke held in Zurich on 24 June 2016, the FIFA Appeal Committee has upheld the decision taken by the independent Ethics Committee which found him guilty of infringing articles 13 (General rules of conduct), 15 (Loyalty), 16 (Confidentiality), 18 (Duty of disclosure, cooperation and reporting), 19 (Conflicts of interest), 20 (Offering and accepting gifts and other benefits) and 41 (Obligation of the parties to collaborate) of the FIFA Code of Ethics (FCE).

The FIFA Appeal Committee believe that mitigating factors had not been fully assessed by the adjudicatory chamber with regard to Valcke’s attempt to grant TV and media rights in the Caribbean for the 2018 and 2022 FIFA World Cups™ to a third party for a fee far below their actual market value.

Therefore, the ban imposed by the chamber on Valcke, which began on 10 February 2016, has been reduced from twelve to ten years and the fine of CHF 100,000 has been upheld.

The FIFA Appeal Committee has also partially confirmed the chamber’s decision of 7 October 2015 concerning Chung, who was found guilty of infringing articles 13, 16, 18, 41 and 42 (General obligation to collaborate) of the FCE.

The FIFA Appeal Committee considered that the available evidence was not sufficient to establish a breach of article 16 of the FCE.Consequently, the ban imposed by the adjudicatory chamber on Chung has been reduced from six to five years and the fine reduced from CHF 100,000 to CHF 50,000.

The ban imposed on Chung started on 7 October 2015.