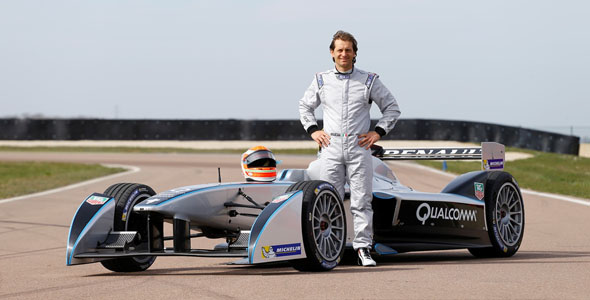 The 39-year-old Italian has taken over the entry of Drayson Racing.

Following approval from the FIA, TrulliGP has been granted the 10th team entry for the Formula E Championship, following the withdrawal of Drayson Racing. Drayson Technologies will be entering into a supply and sponsorship arrangement with TrulliGP to be the squad’s principal technology partner. As part of this, TrulliGP will begin work on Drayson’s wireless charging technology – which offers the potential to free electric vehicles from the constraints of cable-based charging.

Jarno Trulli said: “I am pleased that the FIA selected TrulliGP to be part of the FIA Formula E Championship. Having gained fantastic experience as a driver in Formula 1, my involvement in the FIA Formula E Championship will certainly be a new challenge, not only as a driver but also as a team owner. Competing at the highest level of performance with a clean energy car with the support of Drayson Technologies makes this challenge even more exciting. I am very pleased to be a pioneer of this new Formula E project.”

Trulli becomes the eighth driver to sign for Formula E alongside Daniel Abt and Lucas di Grassi at Audi Sport Abt, Sam Bird and Jaime Alguersuari at Virgin Racing, Bruno Senna and Karun Chandhok at Mahindra Racing and Franck Montagny at Andretti Autosport.

Lord Drayson, CEO of Drayson Technologies, said: “I am delighted to be working with such a world-class team of motorsport professionals, led by Jarno. I am sure that the combination of the Trulli team’s motorsport knowhow and the Drayson EV technology expertise will be a winning one from the start. Our ambition is to supply all the teams with wireless charging and we are delighted that TrulliGP is the first team to adopt this exciting technology.”

Formula E CEO Alejandro Agag added: “We’re delighted to welcome Jarno to the FIA Formula E Championship as both a team manager and a driver. Drayson very much remains a part of the Formula E family focusing on developing their wireless charging technology which they couldn’t have done running as a team. This ground-breaking technology has the potential to benefit not just the TrulliGP team but the entire championship and of course the future of electric road cars.”