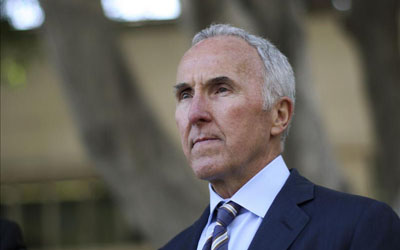 The Global Champions Tour is an international show jumping series with 14 events across Europe, Asia and the Middle East. Swiss watchmaker Longines is the title partner and official timekeeper of the Tour.

“2014 represents a groundbreaking year for Global Champions Tour thanks to exciting new venues such as Paris, Shanghai and London’s Horse Guards Parade Ground close to Buckingham Palace, and a powerful new partner in McCourt Global, an organization that shares my appreciation for the sport and my vision for its future,” said Jan Tops, president of Global Champions Tour.

“Working together with McCourt Global, we will innovate to bring our Tour and the sport of show jumping to new audiences, new markets and new heights. We are all very excited by the opportunities that this new partnership with McCourt Global creates.”

“Anyone attending a Global Champions Tour event for the first time is not only awed by the extraordinary venues that host the events, they are also struck by the talent, discipline, and pure athleticism required to compete in this beautiful sport at the highest level,” said Frank McCourt, chairman and chief executive officer of McCourt Global. “The sky is the limit for the sport of show jumping. We look forward to working with Jan and his team to grow the sport for the benefit of all stakeholders, including the riders, the fans and future equestrians the world over.”