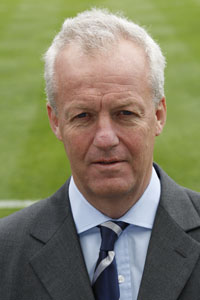 Clegg was previously Chief Executive of the British Olympic Association from 1997 – 2008 and led the six year political and PR campaigns to secure a bid by London for the 2012 Olympic Games. He became a Main Board Director of the London Bid and subsequently LOCOG (the London Organising Committee for the Olympic and Paralympic Games).

Commenting on the appointment, Victor Sanchez, Chief Executive of Madrid 2020 and Secretary General of the Spanish Olympic Committee said: “Simon remains a hugely respected figure within the Olympic movement.

“His experience of managing British athletes at 12 Olympic and Olympic Winter Games, six as Team GB’s Chef de Mission, including the best British performance for 100 years in Beijing coupled with his deep involvement in the bid process, means that he brings to us an almost unique perspective. We are sure that he can make a really positive contribution to our project over the final few months as we prepare for the vote in Buenos Aires in September.”

Simon Clegg said: “I am delighted and flattered to be invited to join the Madrid 2020 team. They have an excellent bid founded on utilising a significant number of existing venues and have made really positive enhancements to their previous consecutive bids for the 2012 and 2016 Olympic Games.

“The indisputable economic impact of London 2012 to the UK demonstrates just what a positive financial driver hosting the Games can be for a country and I look forward to helping Madrid secure a positive outcome over the remaining months of the campaign.”