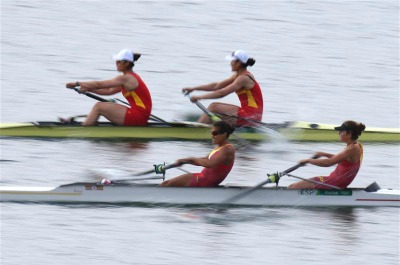 The pre-season exhibition match between Barcelona and Sampdoria pulled a bigger audience than the Rio Olympics in Spain on Wednesday.

Antena 3’s broadcast of Barcelona’s 3-2 win drew 1.573 million viewers and share of 15.1% That was better than 1.294 million viewers on La 1 for men’s gymnastics, cialis the top event from Rio, ampoule with a 9.8% share. On Tuesday night, bronchi football also beat the Olympics in Spain with the UEFA Super Cup. In fact, the top audience last night was for an American movie, Enough with Jennifer Lopez, on Antena 3 with 1.723 million and 14.6% share.

In Italy, where broadcast TV did not show the Sampdoria match, RAI 2 topped the ratings with diving coverage from Rio, drawing 3.077 million viewers and a share of 16.9%.

In Holland, Rio coverage in primetime on NPO1 on Wednesday averaged a big 39.9% share.

By contrast, the French viewing share for France 2 was only 13.7%.