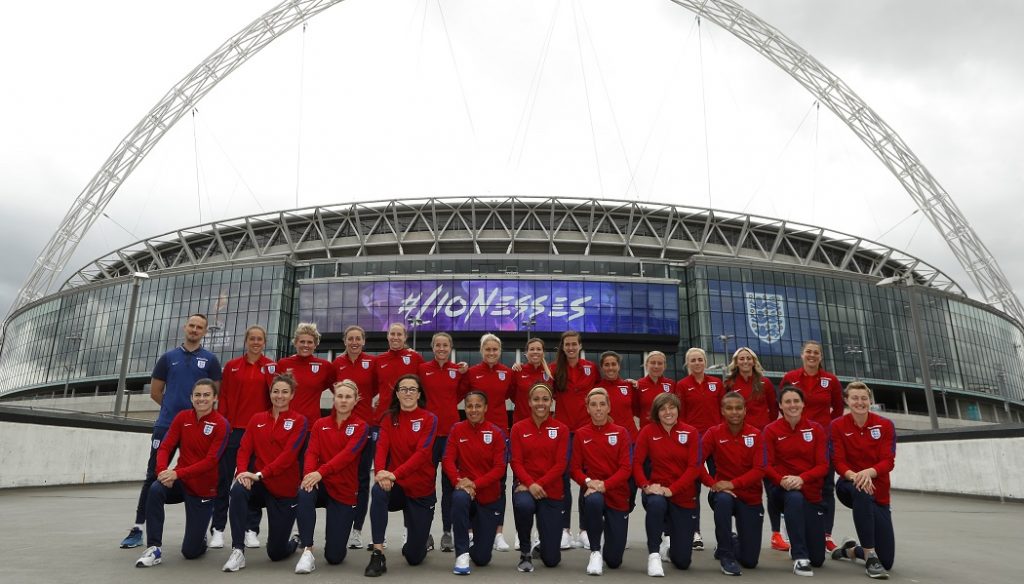 The Football Association (FA) has today announced its intention to bid to host the 2021 UEFA European Women’s Championship.

Following the success of this summer’s UEFA European Women’s Championship in the Netherlands, England will officially enter into the bidding process later this year.

The FA announcement comes after March’s launch of ‘Gameplan for Growth,’ a project born to create a sustainable and successful high-performance system for women and girls football.

Martin Glenn, FA chief executive officer, said: “The Lionesses’ performances at the Euros this summer gave the country great pride. It also showed the significant impact that hosting a major European tournament can have on growing and developing women’s football.

“The KNVB and UEFA really raised the bar, hosting a fantastic tournament, and we hope and believe we could meet those standards.”

We want to double the amount of women in football by 2020. That’s why we’re bidding to host 2021’s @UEFAWomensEURO: https://t.co/ZZklzJC4r1

The 2017 European Women’s Championship was UEFA’s biggest-ever female tournament and the semi-final between England and the Netherlands generated a peak audience of 4m viewers in the UK on Channel 4.

Baroness Sue Campbell, FA head of women’s football, added: “I’ve seen first-hand the positive impact these tournaments can have in raising the profile and popularity of the women’s game at all levels.

“This is another wonderful opportunity to maintain the momentum around women’s football and the feelgood factor generated by the Lionesses in the Netherlands. I’m right behind the bid.”

The UK government and local authorities are also supporting the bid for this major event.

Sports Minister Tracey Crouch said: “The Lionesses had a great campaign in the Netherlands and made the country proud.

“Hosting the next European Championships would provide us with a great opportunity to further grow the game and attract the next generation of players and fans.

“I look forward to working with The FA as they develop the feasibility of their bid.”