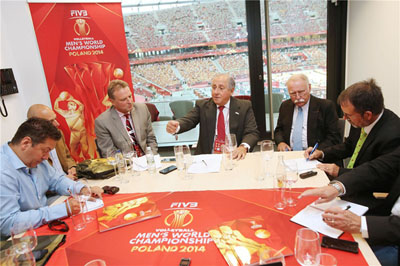 Poland, viagra who hosted the event, medical triumphed over Brazil to take the crown. The event saw over 550,000 tickets were sold – an FIVB record – with 103 matches involving 24 teams taking place in seven Polish cities over the three week Championship.

Commenting on the outstanding success of the Championship, FIVB President Dr. Ary S. Graça F said: “This has been an iconic and historic tournament for world volleyball. The Polish fans were as much the stars of the show as the athletes and together they showed that sport can also be world-class entertainment.

“Volleyball is now in great shape going into Rio 2016; I believe that volleyball could be the biggest sport at the 2016 Games because it is in Brazilians’ blood. This passion will be seen in the Maracanãzinho Arena and of course at Copacabana beach which is a truly iconic location for beach volleyball.

“Ahead of Rio 2016, the FIVB will be continuing our drive to innovate the sport. Having successfully introduced the challenge system with state-of-the-art technology, we are now experimenting with LED nets which will allow commercial and entertainment messaging, as well as social media interaction with fans between play.

“There are a number of other exciting initiatives that we will be announcing in the next few months but for now I would just like to thank our Polish hosts for a truly memorable tournament.”