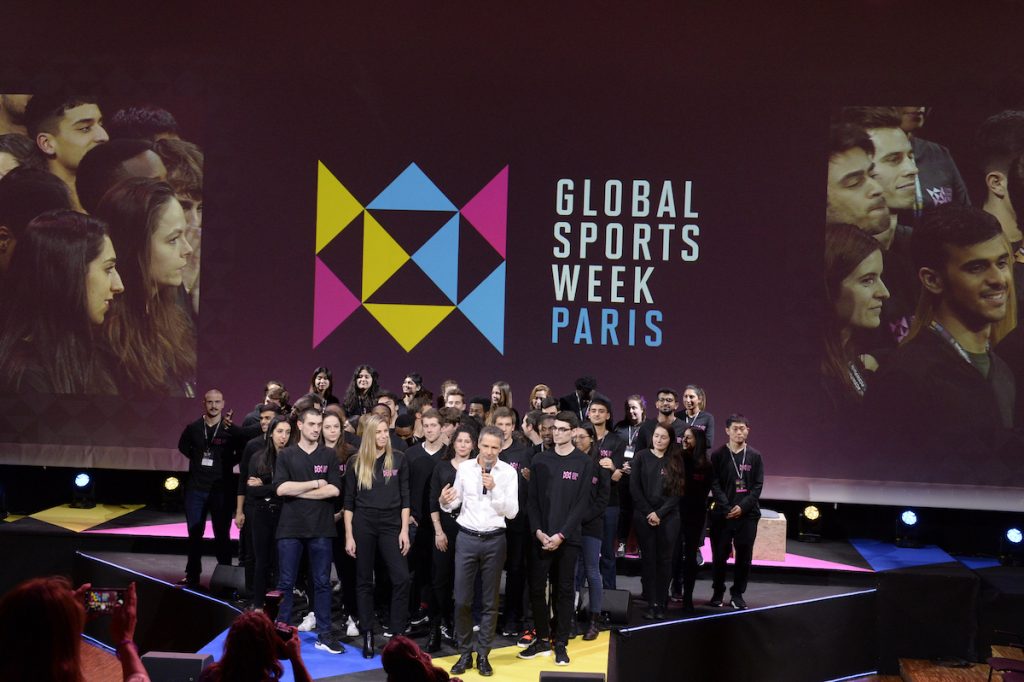 The first Global Sports Week Paris concluded Friday with a challenge to leaders of the international sports movement to embrace change in order to protect and increase sport’s impact in the world.

The call to action came from a group of 50 under-25s, selected from 22 nations to serve as spokespeople for the emerging generation across the 15 keynote discussions at the heart of the event.

The ‘Young Sports Makers’ were among more than 2,000 delegates who attended across the two days of Global Sports Week, which sought to explore the future of sport at the intersection of business and society.

More than 250 investors and 130 international media were also present at the summit, organised under the patronage of UNESCO and the high patronage of M. Emmanuel Macron, President of the French Republic.

The agenda was dominated by issues including access to sport, digital transformation and athlete activism, alongside sport’s role in the climate emergency and driving gender equality.

Global Sports Week was also the stage for significant announcements from international sports bodies and brands, including:

A series of sports tech and social innovation pitch contests also took place at Global Sports Week, including the Tremplin Invest Finals and the 2nd FFF Innovation Awards. The winners, selected from more than 250 international entrants, will benefit from the opportunity to collaborate with the world champion French Football Federation. They were named as:

Commenting on the success of Global Sports Week, French Sports Minister Roxana Maracineanu said: “Global Sports Week clearly has its place in the world sports calendar. We’ve been delighted to welcome such a diverse and international range of delegates, and impressed by their willingness to investigate ways for sport to change and to contribute across a wider range of social issues. It’s a great opportunity for Paris to gather these international leaders.”

Global Sports Week President and Co-founder Lucien Boyer said: “We are excited by the success of this first edition, which shows the world of sport has much to gain from listening to the new generation. Our vision was to offer disruptive formats, and voices coming from outside sports. We believe the sports movement is ready for change. This is a journey we look forward to continuing at next year’s Global Sports Week Paris.”