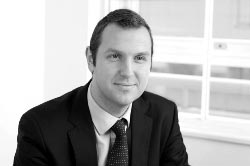 Financial Fair Play (“FFP”) is an area that has produced significant debate and strong divergent opinions from both within and outside of the football industry. Some see its introduction as a necessary addition without which, the game as we know it will cease to be competitive, or even sustainable. Others however firmly believe that the opposite is true and the system is fundamentally flawed, and that FFP goes against the best interests of the game and hampers competition. Whichever side of the argument you are on it is clear that many of the decision makers within the game believe now is the right time to consider its further implementation into the Premier League.

Although UEFA approved their FFP regulations back in September 2009 the Premier League along, with most top flight leagues, has yet to take up a fully equivalent system.  One of the reasons behind the decision not to implement a mirror of the UEFA FFP regulations was the presence of existing financial stability such as clubs being required to:

• have no outstanding debts to other clubs;

• have no outstanding liabilities to employees or tax authorities;

• provide future financial information in relation to proving their viability as a going concern.

These measures are designed to prevent financial mis-management and to act as an early warning system should a club get into financial difficulty.  The latest discussions are designed to consider whether the league should add more stringent checks on top of these existing rules.  Any new rule is likely to include the introduction of a ‘break-even’ test and a Financial Control Panel (who examined whether commercial agreements with a related party are at a fair value) which are both currently applied under the UEFA regulations. The potential punishments for failing to meet any new criteria/tests are likely to mirror those applicable to the existing UEFA FFP regulations, namely:

4. Withholding of revenue from the Premier League

6. A restriction on the number of players that a club may register for the Premier League

7. Disqualification from the Premier League

8. Relegation from future seasons of the Premier League.

On closer review however it is highly unlikely that a number of these would be acceptable (or even proposed) to the Premier League clubs. For example punishments 7 and 8 in the list above are very draconian and as 14 clubs are required to vote in favour of any new regulations it would appear unrealistic for regulations containing such punishments to garner the necessary support.

My understanding is that there is strong pressure for the punishments to take into account the severity of the transgression and that clubs who only just fail to achieve the required standards will be given a warning in the first instance.  The possibility of fining clubs is believed to be a welcome proposition and is more likely to be introduced via a withholding of future revenue (be it TV revenues or merit payments).  The other punishments that are likely to make the final regulations, at least in practice even if they are unlikely to be regularly used, is the prohibition on purchasing/registering new players. This is seen as a more palatable punishment than a restriction on the number of players a club can register as this would directly affect the competitiveness of the club and in turn harm the Premier League as a whole.