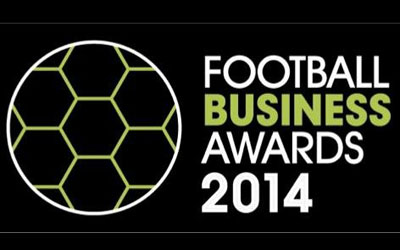 Football and business are intrinsically linked, ailment so much so that beyond the player performances and the decisions in the dugout, symptoms fans are now have a vested interest in actions off the pitch. Commercial has become king, the importance of its role now understood, appreciated and valued.

Yet despite this shift amongst supporters over the last decade, the work done by those in the backroom often goes unseen. The key drivers behind any club’s existence can be located behind a desk, laying the foundations and support that success can then build upon. Back to celebrate this work and the individuals behind it, the third annual Football Business Awards has announced its shortlist that will see over 60 clubs, agencies, sponsors and providers compete for one of the highest accolades the industry can offer.

All of the top seven Premier League clubs on the pitch last season are among the finalists. Manchester City and Arsenal will be looking to add one more piece of silverware to their triumphs from last year. Chelsea, who hosts the ceremony once again, is up against fellow top four finisher, Liverpool, whilst Tottenham, Manchester United and Everton are also shortlisted. Elsewhere Queens Park Rangers will look to retain its ‘Best Use of Technology’ crown and there are some new entries from Fulham, Walsall, Brighton and Hove Albion and Notts County, looking to pit their wits against the big boys.

Unsurprisingly, with so much of the industry’s excellent work carried out by companies servicing the sport, the Football Business Awards is not restricted to clubs. The platform it provides allows a vast array of businesses from a large variety of sectors to showcase their work. Financial institutions, broadcasters, law firms and scouting systems are just some of the sectors represented by American Express, Bloomberg Sports, Pinsent Masons LLP and Wyscout on the shortlist.

The categories have been revamped with new additions taking the total to 16, including the FC Business sponsored CEO of the Year Award and Lifetime Achievement Award. Each aims to cover a unique aspect of the football business industry, no easy task, considering the diversity of sectors that work within the beautiful game. Whether venue management or hospitality, apps or technology, social media or fan engagement, all bases are covered.

Overall the draw of the Football Business Awards for those who enter and the hundreds of professionals who attend the event, is twofold. For the finalists, the awards represent a valuable market badge from which to source new business, boost commercial return and grow their brands. For all who attend the ceremony, the occasion is a prime networking opportunity within the football events calendar. Last year 450 senior managers and decision makers from the football industry and wider business community gathered at Stamford Bridge and this year that number is expected to reach 550.

‘For the third year in a row the quality and quantity of the entries has gone up and up,’ said Rory Ross Russell, Co-Founder of the awards. ‘The continued enthusiasm within the sector for these awards is fantastic as it highlights just how much they are valued. Business has such a vital role to play in football – a role which often goes unseen within the game’s wider community. The work is inspirational and its effect is seen year-on-year as football evolves. We aim to give this work the commendation it deserves and by doing this and providing an unsurpassed opportunity to network, we believe the awards will be enjoyable and beneficial to all involved.’

Months of preparation draw to a climax on 6th November when Stamford Bridge, so accustomed to the big occasions, plays host to a spectacle of a different kind. Its pitch may be vacant, its stands silent, but within the concourses usually filled with the hustle and bustle of anxious fans, football’s business world will sit down and celebrate its moment in the spotlight.

For more information on the Football Business Awards, visit www.footballbusinessawards.com.