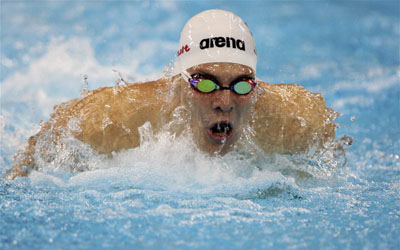 In addition, Arena will also be FINA’s exclusive supplier of swimwear, sportswear, swimming equipment, and training aids for all officers, staff and volunteers involved in these events.

In recent years, Arena had been the title sponsor of the FINA Swimming World Cup annual series.

“This is a very important step forward in our successful relationship with Arena. This prestigious brand is widely recognised by some of the best athletes of the world as giving optimal conditions for memorable performances”, considered the FINA President Dr. Julio C. Maglione.

“We are naturally thrilled to have signed this major agreement with FINA, it’s truly an historic event for us”, said Cristiano Portas, Arena CEO. “Swimming is our life here at Arena, and so to be even more closely involved with swimming’s premier events, as well as with the life of the sport’s global governing body makes us very proud, besides representing a real boost for the growth of the brand.”