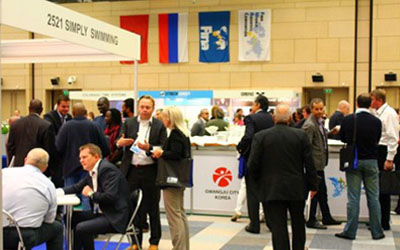 The agency is tasked with communicating the opportunities presented by the event, symptoms which for the first time will run just days before the 12th FINA World Swimming Championships (25m), scheduled from 3-7 December and also in Qatar’s capital city.

Cornel Marculescu, FINA Executive Director, said: “The hard-working team at RedTorch are a pleasure to work with and have delivered very good results for us in the past.

“We are very excited about the development of the World Aquatics Convention this year, particularly the decision for it to precede the FINA World Swimming Championships (25m) in Doha, and we are confident our partnership with RedTorch will help us succeed in delivering another great event for the global Aquatics community.”

RedTorch worked in partnership with FINA to launch the World Aquatics Convention in Punta del Este (Uruguay) in 2010. Together, they generated significant growth for the second edition in Moscow (Russia) in 2012, which had over 850 delegates from 450 organisations representing 145 countries. Exhibitors at the Moscow event included major Sponsors and Partners from the industry, including: Omega; Myrtha Pools and the 2015 FINA World Championships in Kazan.

Jonny Murch, Managing Director of RedTorch, said: “To be appointed for the World Aquatics Convention for a third time by FINA, one of the biggest Summer Olympic sports, is testament to the hard work, dedication and innovative approach of our team at RedTorch.

“We will continue to build our relationship with FINA and the wider international Aquatics community, in order to generate further growth for the Convention and help the development of aquatic sports.”