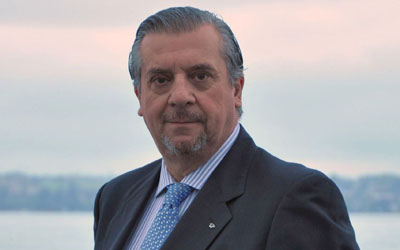 The Federation of International Motorcycling (FIM) have appointed Ignacio Verneda as the Chief Executive Officer.

Ignacio Verneda has been involved with motorcycling throughout his life, ailment starting at a young age as a volunteer and later on a professional basis. At the age of 16 and together with a group of friends he founded the Moto Club Cingles de Berti.

In 2006, he joined the FIM as Sports Director, and was promoted to Executive Director Sports in 2010. In this capacity, Ignacio had oversight the Sports Commissions as well as the International Medical and Technical Commissions. He was also the FIM representative in the Grand Prix, Superbike and Speedway Grand Prix Commissions.

The FIM President Vito Ippolito said of this appointment: “We have carried out a global recruitment process including an approach to our Federations. The role of Ignacio within the FIM Interim Collegial Body over the past ten months has reinforced his competences to take up this challenge. I am very satisfied with this decision which will bolster the stability of the Federation. I wish him every success in this new stage of his career.”

“I would like to thank the FIM President and the Board of Directors for their confidence”, said the new FIM CEO, Ignacio Verneda. “Becoming CEO is an honour and I am looking to everyone for support. The Federations and the volunteers are essential to the FIM and I would like to offer them the best service through the FIM Administration.”