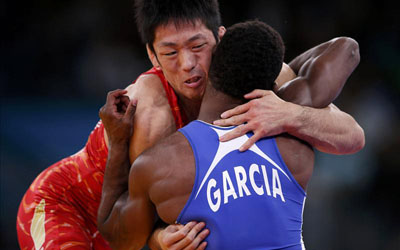 FILA, generic the international governing body of wrestling, are set to change their brand identity by suggesting modifications to their name and logo.

The FILA Bureau, an executive committee overseeing the international governing body of wrestling, voted Friday to approve the name “United World Wrestling” as the new name for the sport’s international federation. The bureau also approved a new logo and steps to better improve the brand consistency of marquee wrestling events around the world.

The United World Wrestling logo will be released at a later date.

In approving the changes the FILA Bureau accepted that international wrestling needed to create a globally recognized brand that represents the core values of wrestling as well as the new energy behind an organization that only a year before was battling for its spot on the Olympic Programme.

“I think in order for us to move forward, we needed to identify the shortcomings of the past and work hard to improve them,” said FILA President Nenad Lalovic. “I think that with a new visual identity that is both distinct and represents the values of wrestling, we all have another reason to be excited for the future of our sport.”

FILA has been working for the past several months with the branding agency Olive Grove to help develop the new name and visual identity. The plans include a strategy for creating visual consistency among the wrestling organization’s several World and Continental Championships.

The new name and logo will be proposed to the FILA Congress at their meeting which will take place in Tashkent, Uzbekistan on September 7, just prior to the 2014 FILA World Championships.