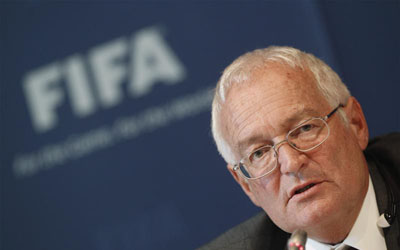 Qatar has been cleared to host the 2022 FIFA World Cup after Hans-Joachim Eckert, the Chairman of the Adjudicatory Chamber of the FIFA Ethics Committee, released a statement on the bidding process for the tournament.

A 42-page report, based on an 18-month inquiry, was published by German judge Eckert and didn’t find Qatar guilty of any corruption allegations, effectively confirming the World Cups in 2018 and 2022 will be held in Russia and Qatar as scheduled as any rule breaches by these countries were “of very limited scope”.

“The chairman of the Chairman of the Adjudicatory Chamber of the FIFA Ethics Committee reaches the conclusion that the potentially problematic facts and circumstances identified by the Report regarding the Qatar 2022 bid were, all in all, not suited to compromise the integrity of the FIFA World Cup 2018/2022 bidding process as a whole.”

The report also clears Qatar of involvement in any payments by Mohamed Bin Hammam, the Qatari former FIFA Executive Committee member who was banned for life by FIFA.

The English FA came in for some heavy criticism in the report for their bid to host the 2018 World Cup.

The FA’s dealings with former FIFA Vice-President Jack Warner were highlighted in the report, with FIFA claiming the FA acted improperly to win his vote.

Warner quit his role in 2011 after allegations of bribery.

The report stated: “The England 2018 bid team placed particular emphasis on winning fomer FIFA Executive Committee member (in the position of a FIFA Vice-President) and then CONCACAF President Jack Warner.

“According to the Report, Mr. Warner sought to exploit the perception of his power to control “blocks of votes” within the FIFA Exceutive Committee, showering the England 2018 bid team with inappropriate requests.

“According to the findings of the Investigatory Chamber of the FIFA Ethics Committee, the bid team often accommodated Mr. Warner’s wishes in apparent violation of bidding rules and the FIFA Code of Ethics.”

“Relevant occurrences included Mr Warner pressing, in 2009 and again in 2010, England’s bid team to help a person of interest to him find a part-time job in the UK.

“England 2018’s top officials in response not only provided the individual concerned with employment opportunities, but also kept Mr Warner apprised of their efforts as they solicited his support for the bid.

“The bid team often accommodated Mr. Warner’s wishes, in apparent violation of bidding rules and the FIFA code of ethics

“England’s response to Mr. Warner’s – improper – demands, in at a minimum always seeking to satisfy them in some way, damaged the integrity of the ongoing bidding process. Yet, such damage was again of rather limited extent.”

In the statement, world football’s governing body acknowledged the work of the inquiry and thanked those who co-operated as well as stating its satisfaction that a “degree of closure had been reached”.