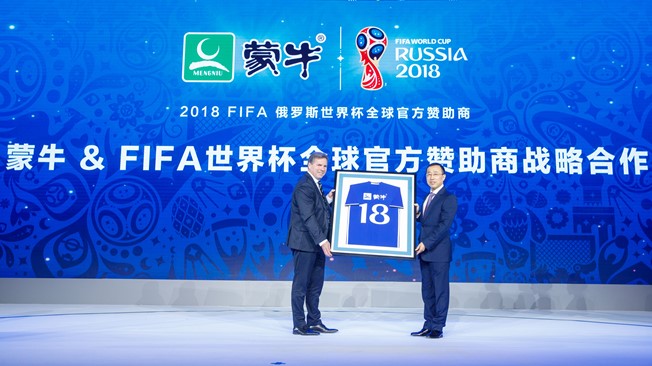 The announcement was made in the China National Convention Centre in the presence of Mengniu Group CEO Jeffrey Lu and Fifa chief commercial officer Philippe Le Floc’h.

Le Floc’h said: “Mengniu is one of the biggest dairy producers in the world and is a strong brand in the Chinese market. Growing the game worldwide is one of our key priorities, and we now have another strong Official Sponsor in such an important region.”

“Naturally, we will also benefit from the fact that Mengniu’s business appeals to children and youngsters, giving us the opportunity to engage with a new generation of football fans.”