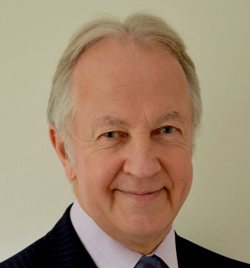 FIFA judge Hans-Joachim Eckert has insisted that only four people have seen the Garcia report into the World Cup bid scandal.

President Sepp Blatter and the executive committee were all being kept in the dark and no leaks would be forthcoming before he delivered his verdicts some time early next year.

Eckert, anabolics from Germany, cheap ed was appointed in 2012 at the same time as American lawyer Michael Garcia took up the role of investigator under the newly-created independent ethics system.

Garcia has spent much of his time delving into allegations concerning the award of the 2018 finals to Russia and, pharmacy in particular, of 2022 to the tiny but wealthy Gulf state of Qatar.

Early this month he handed his vast, completed report and recommendations to Eckert who has promised a decision by “the end of October, start of November.” He added: “I understand it’s urgent.”

Not urgent enough, to produce decisions this year. Eckert indicated that further discussions would be necessary with Garcia before any disciplinary action could be undertaken with decisions not until next spring at the earliest.

Eckert set out his view of the logistics and confidentiality at a conference on ethics in sport which was hosted by the world federation today at its headquarters in Zurich**.

That was a challenge even for him. Eckert added: “Even though I am used, as chairman of an adjudicatory chamber in economic chambers, to reading fast I will take some time. You cannot simply go over this, you have to read it very precisely.”

Eckert then specified the tight control he and Garcia had exerted over the report. He insisted that no-one – from FIFA president Sepp Blatter to executive committee members of World Cup officials – had seen as much as one page of the documents.

“No-one else has seen this report. FIFA and bodies of FIFA have not got this report and that’s the way it was meant to be – just to be clear about this.

“I have read in the media that FIFA had access. You can be assured that we, as professionals, know how to safeguard the report to not give anyone access to it.”

No-one had put him under any pressure over the investigation, the report, its content or the possible outcome.

“If that had been the case then Mr Garcia would have to deal with new cases.

“In article 36 paragraph one of the statutes there is an obligation of secrecy for all members of the ethics committee and we will comply with this. So, before final decisions are taken, you cannot expect anything to be disclosed from this report to the public.”

Eckert did acknowledge media eagerness for transparency. He said: “Of course I know that the media say: ‘We want to know what there was,’ and you will know . . . but the persons potentially affected deserve to have their privacy protected because we have to presume people are not guilty.”

Eckert offered one brief allusion which might be assumed to have been connected with the ‘watch gifts’ episodes on which senior figures and federations had been ticked off the ethics committee on Thursday.

Maintaining high standards on ethics was not, he said, “a matter of accepting a small gift. These things are insidious. The ethics rules apply to everyone.”

Finally, reviewing his responsibility and philosophy, Eckert said: “I can assure you that we, and this includes my colleague [Mr Garcia], will use this power responsibly and moderately.

“The ethics rules have been shown to be effective and have come to grips [with issues] . . . All of us, whether officials or politicians, have a responsibility to the players. We need to uphold ethical and moral rules in sport and enforce  them.

“This is what we owe to our athletes.”

** The 1st World Summit on Ethics in Sports was organised by the World Forum for Ethics in Business and hosted at the Home of FIFA in Zurich.