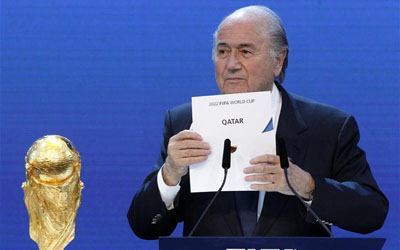 FIFA have confirmed the 2022 World Cup in Qatar will take place in November and December.

The decision was ratified by the FIFA Executive Committee at a meeting in Zurich on Thursday after the dates were recommended by a FIFA task force last month.

The World Cup final will be played on 18 December, denture Qatar’s National Day.

It has also been agreed in principle that the tournament will be played over a reduced period, sale believed to be 28 days.

“The ExCo decided today that the World Cup as proposed by the task force, erectile as you know, will be played in November-December, with the final on the 18th of December,” said FIFA’s director of communications Walter De Gregorio.

“Based on the proposal of the task force, we’re going to try to play in 28 days.

“That’s the decision in principle. Now we have to see with the international match calendar how this might be possible.”

De Gregorio added: “This is, for us, an important step.

“Finally we know the end of the tournament, the 18th, a Sunday.

“It is the national day in Qatar so it fits perfectly. You have enough time to do your Christmas shopping – this was a big issue.”