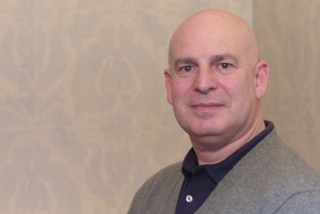 FIFA is not just sick; it is in terminal decline. The symptoms are clear, so no need for a Gregory House ‘Lupus’ moment here. FIFA’s malaise is almost wholly self-inflicted, the result of a massive overdose of greed, egomania and overweening hubris.

Here is living proof that the strength of a brand is so much more that a strong logo and a popular product offer. When an organisation displays values, attitudes, beliefs and behaviours that run contrary to those stated in its mission, the brand’s essence and vital life-signs start to fail and shut down with alarming speed.

Unfortunately, this patient is in denial and refusing all treatment. Consequently, the heartbeat of the brand is becoming erratic. Without immediate correction, its function will fade and become an irrelevant appendix as the vibrant body it purports to represent naturally regenerates and bye-passes the malignant areas.

Prognosis: the next major trauma may prove fatal.

– Bring a greater degree of demographic and gender balance to ExCo members.

– Modernise its outlook, listen to the views of its key constituencies and allow each member FA to introduce video technology if it so wishes.

Radical external intervention is required. The successful surgery applied to the IOC after the Salt Lake City debacle is the proven treatment regime to follow.

If leading national governments take concerted action to forbid commercial organisations within their jurisdiction from engaging with or sponsoring FIFA tournaments, the necessary internal reforms will quickly follow.

Only in this way can the twin cancers of corruption and mismanagement at the heart of our beautiful game be excised and FIFA be returned to full fitness for purpose.

A graduate in Psychology from Manchester University, Steven started his career in the motor industry before taking an MBA at Warwick University Business School. There followed commercial roles at Astra Zeneca, United Utilities, Great Universal Stores and MBNA Bank where he worked on a range of assignments in the UK, Eastern & Western Europe, North America and Asia.
From 2001 to 2009, Steven was Marketing Director at Manchester United Football Club. Steven served as a member of the Executive Committee of Manchester United and a board director of Manchester United Foundation, the club’s charitable trading arm. In January 2010, he launched Star Sports Marketing, a specialist sports marketing consultancy. For more information, please visit www.starsportsmarketing.com